RICHMOND—The Virginia Employment Commission (VEC) announced today that the number of initial claims decreased in the latest filing week to 488, remaining at a historically low level.

For the filing week ending November 26, the figure for seasonally unadjusted initial claims in Virginia was 488, which is a decrease of 437 claimants from the previous week. Over half of initial claims with a self-reported industry were from manufacturing, administrative support and waste management, accommodation and food services, professional, scientific, and technical services, and construction. Continued weeks claimed totaled 7,347, which was a decrease of 143 claims from the previous week, but a reduction of nearly half from the 13,917 continued claims from the comparable week last year. 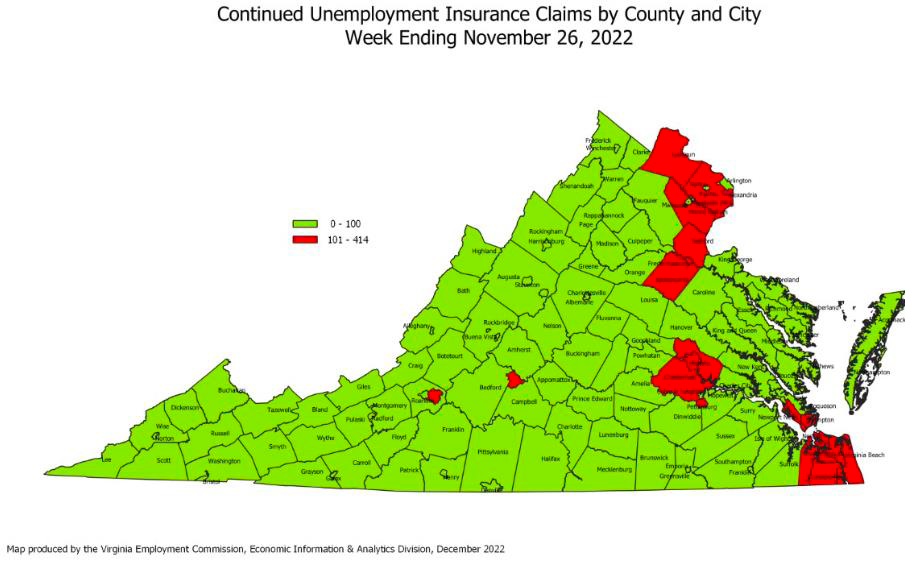