RICHMOND—The Virginia Employment Commission (VEC) announced that the number of initial claims decreased significantly, falling to their lowest level since mid-July during the most recent filing week.

For the filing week ending August 27, the figure for seasonally unadjusted initial claims in Virginia was 2,205. The latest claims figure was a decrease of 609 claimants from the previous week. Over half of initial claims that had a self-reported industry were in health care and social assistance, retail trade, administrative and support and waste management, and professional, scientific and technical services, and manufacturing. Continued weeks claimed totaled 13,486, which was an increase of 943 claims from the previous week but was over 70% lower than the 46,471 continued claims from the comparable week last year. 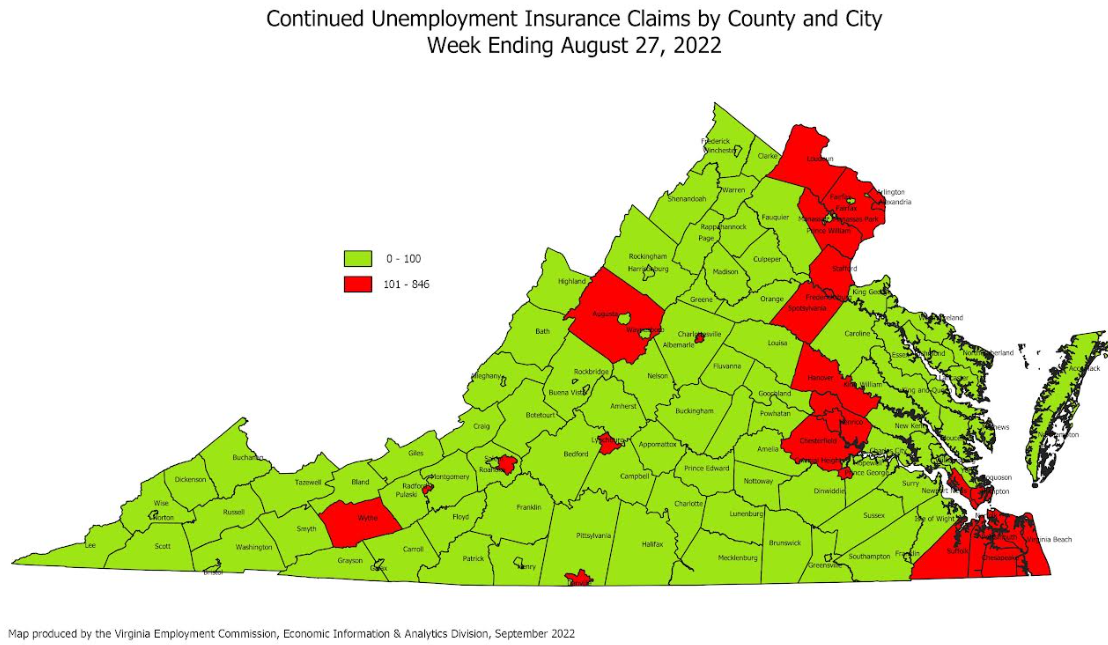