For the filing week ending October 2, the figure for seasonally unadjusted initial claims in Virginia was 9,360. The latest claims figure was an increase of 643 claimants from the previous week.

For the most recent filing week, continued weeks claimed totaled 44,019, which was a decrease of 3,222 claims from the previous week and 73% lower than the 160,764 continued claims from the comparable week last year. Over half of claims that had a self-reported industry were in the health care and social assistance, retail trade, administrative and waste services, accommodation and food services industries, and professional and technical services. The continued claims total is mainly comprised of those recent initial claimants who continued to file for unemployment insurance benefits during the COVID-19 pandemic. 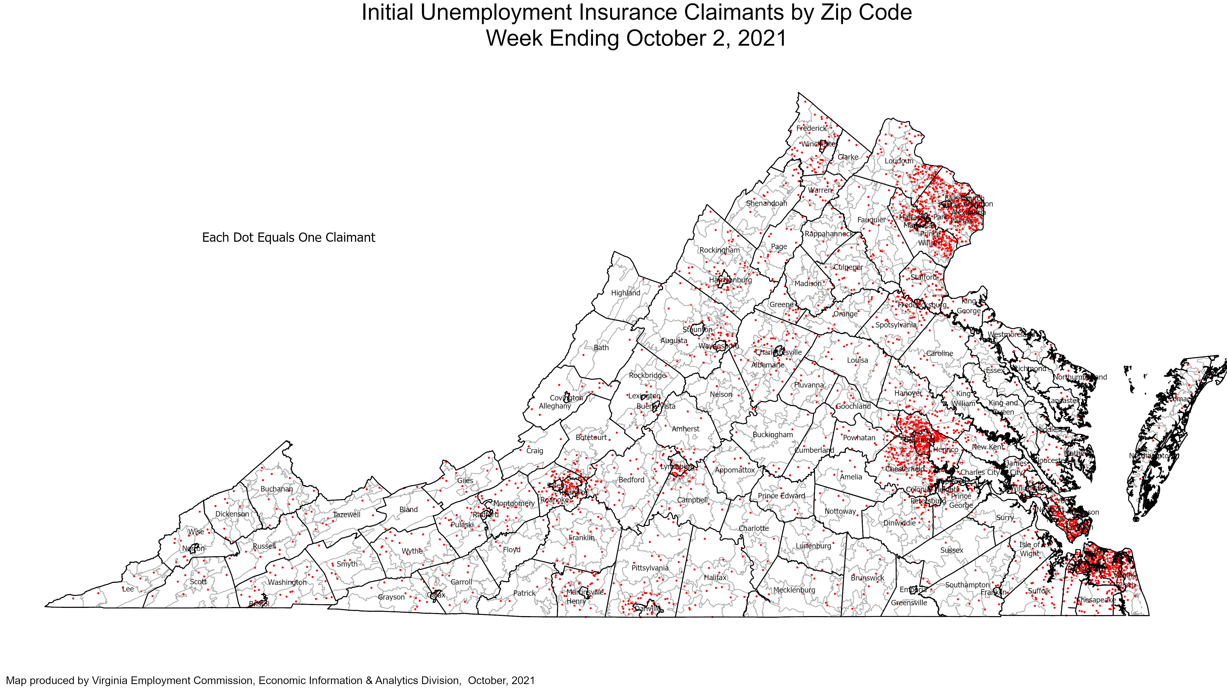 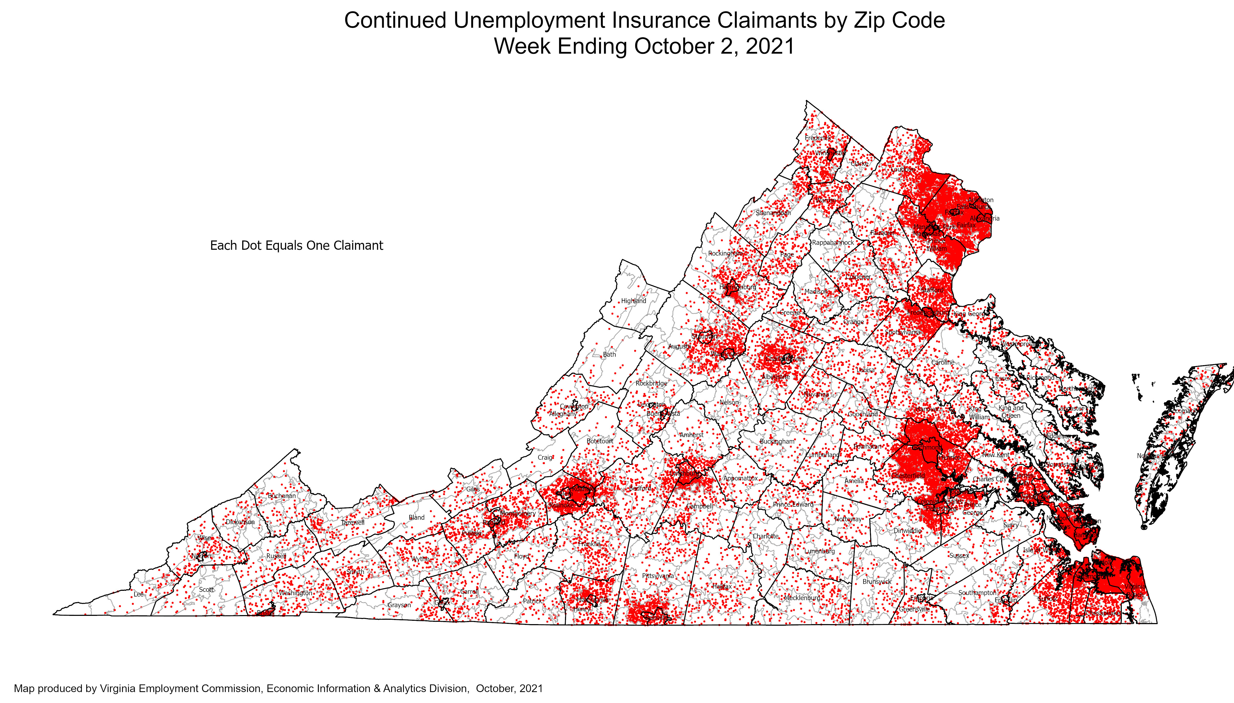 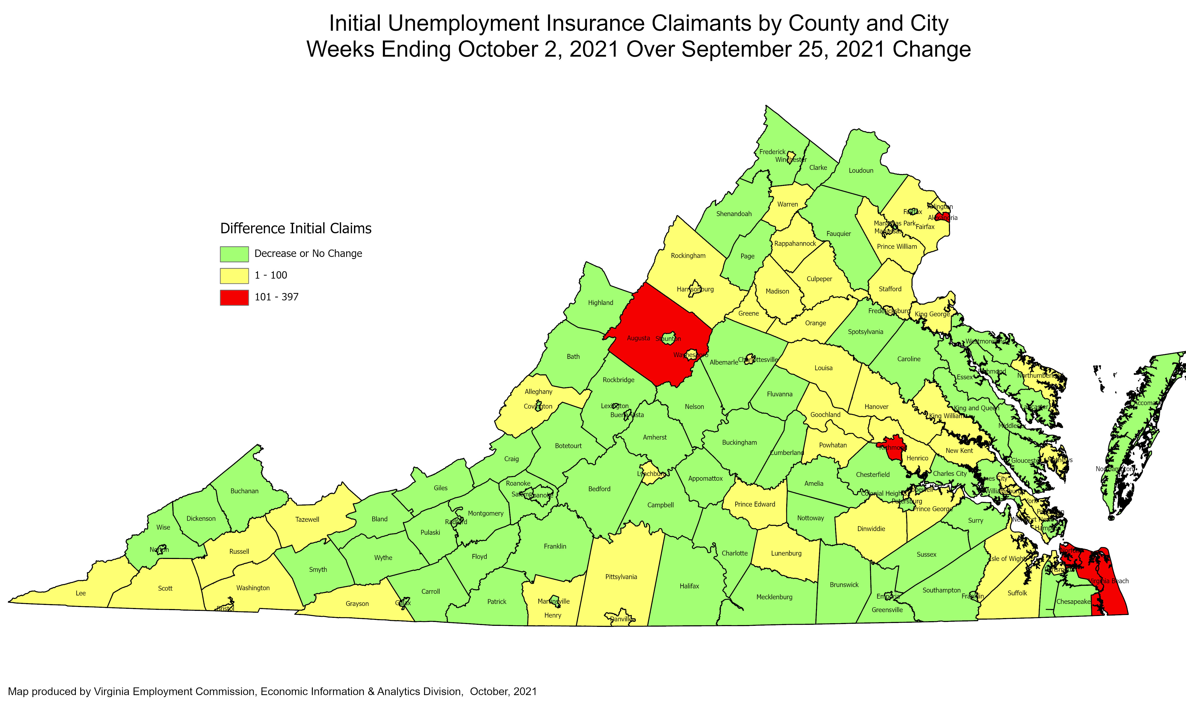 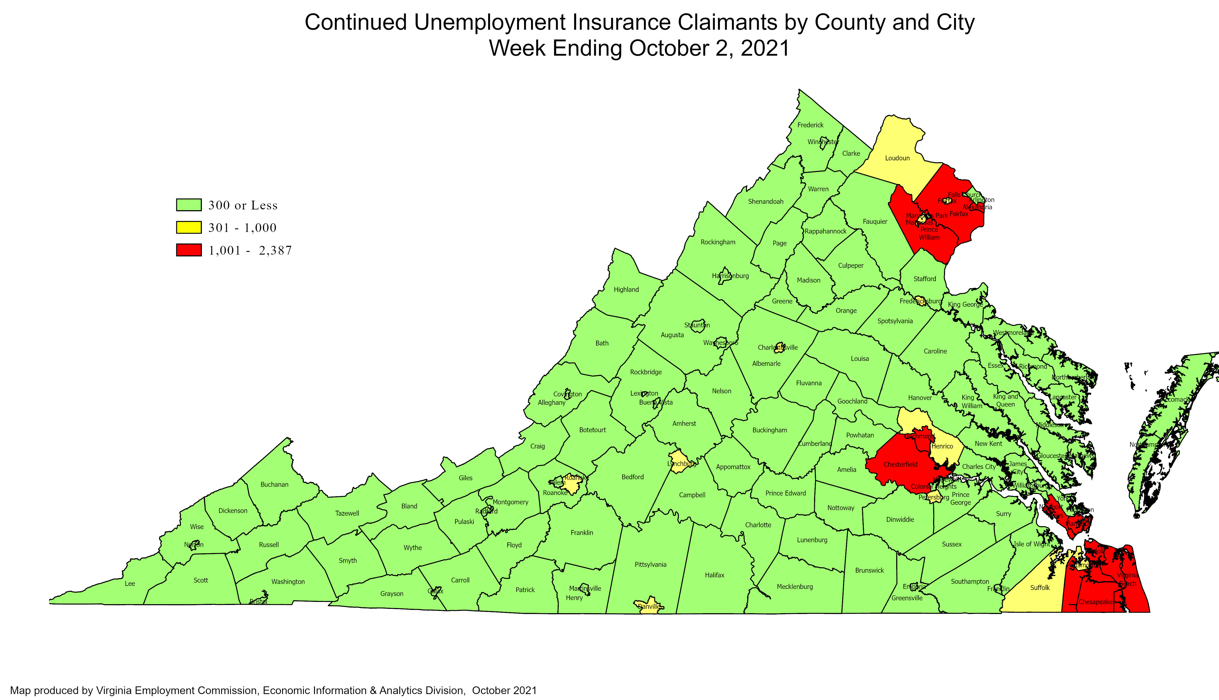