~ Seasonally unadjusted weekly initial unemployment insurance claims fell by 16.2% from the previous filing week as continued claims fell by 21.9% during that period ~

RICHMOND—The Virginia Employment Commission (VEC) announced that the number of continued claims filed during the October 31 filing week was three quarters lower than its May 16 filing week peak, according to figures released today.

For the filing week ending October 31, the figure for seasonally unadjusted initial claims in Virginia was 10,350. The latest claims figure was a decrease of 2,002 claimants from the previous week and fell to its lowest level in a month.

For the most recent filing week, continued weeks claimed totaled 99,711, which was a 21.9% decrease from the previous week, but 82,426 higher than the 17,285 continued claims from the comparable week last year. This was the largest percentage drop since the May 16 filing week peak and indicated an acceleration of its recent declining trend. The continued claims total is mainly comprised of those recent initial claimants who continued to file for unemployment insurance benefits during the COVID-19 pandemic.

For additional information on who is claiming unemployment insurance in Virginia, access the VEC’s  U.I. claims data dashboard (https://www.vec.virginia.gov/ui-claims-dashboard) that is updated no later than the following Monday after the weekly claims press release. 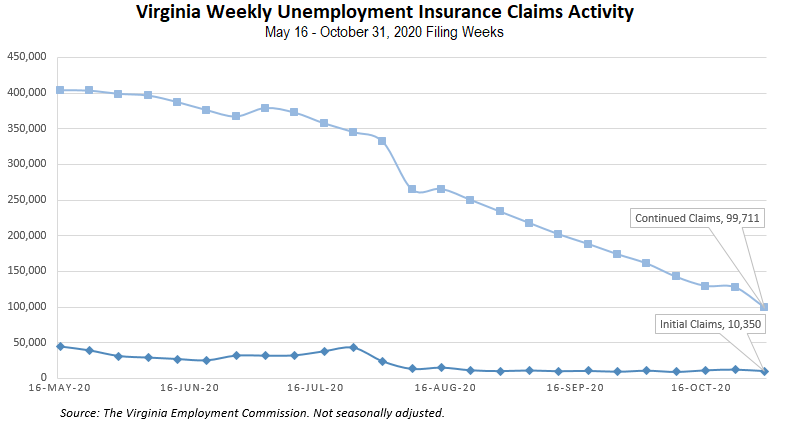 Nationwide, in the week ending October 31, the advance figure for seasonally adjusted initial claims was 751,000, a decrease of 7,000 from the previous week's revised level. The previous week's level was revised up by 7,000 from 751,000 to 758,000. The advance number of actual initial claims under state programs, unadjusted, totaled 738,166 in the week ending October 31, a decrease of 543 (or -0.1 percent) from the previous week. There were 205,625 initial claims in the comparable week in 2019. Looking at preliminary data, most states reported decreases on a seasonally unadjusted basis. Massachusetts’ preliminary weekly change (-9,055) was the largest decrease among states. Georgia’s preliminary weekly change (-7,057) was the second largest decrease. Others included New York (-6,208), Michigan (-5,220), Florida (-4,840), and New Jersey (-3,299). Virginia’s preliminary weekly change (+543) was the thirteenth largest increase while Illinois (+23,200) reported the largest weekly increase in filings. 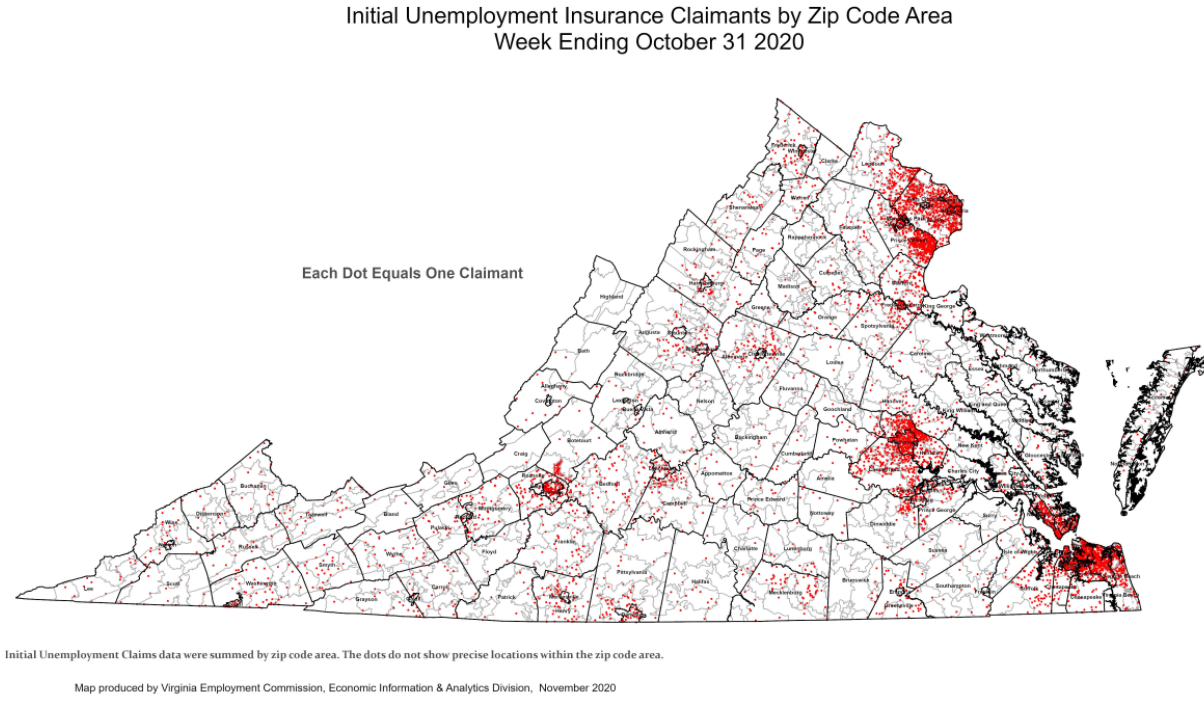 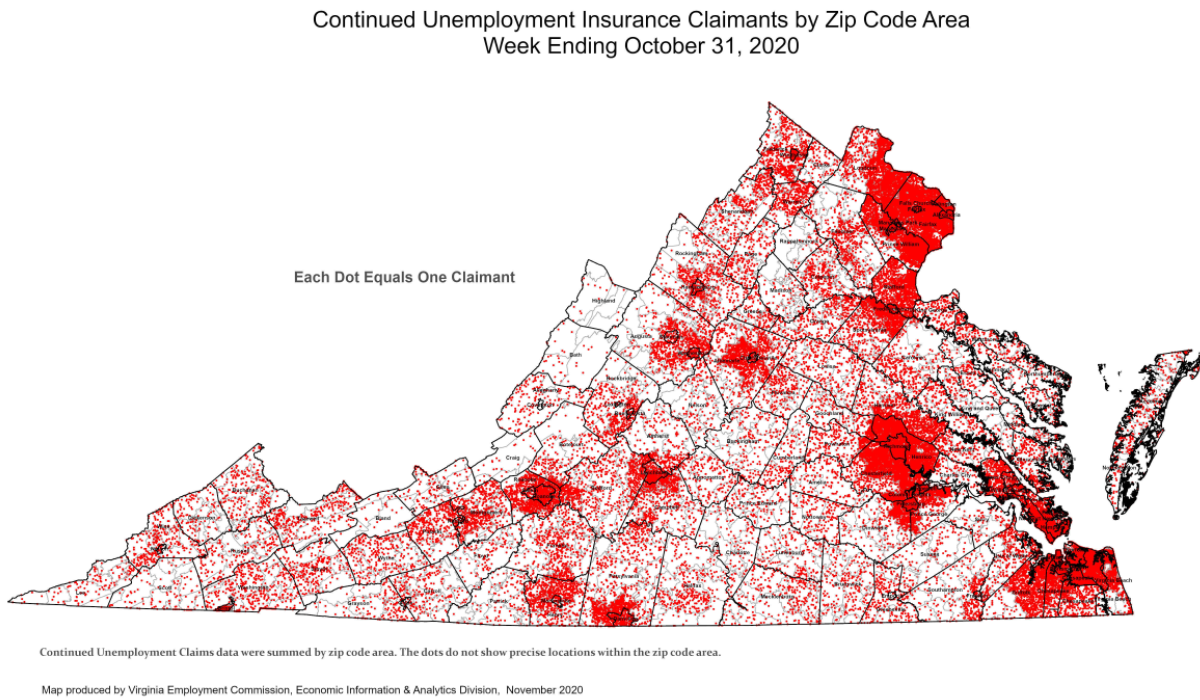 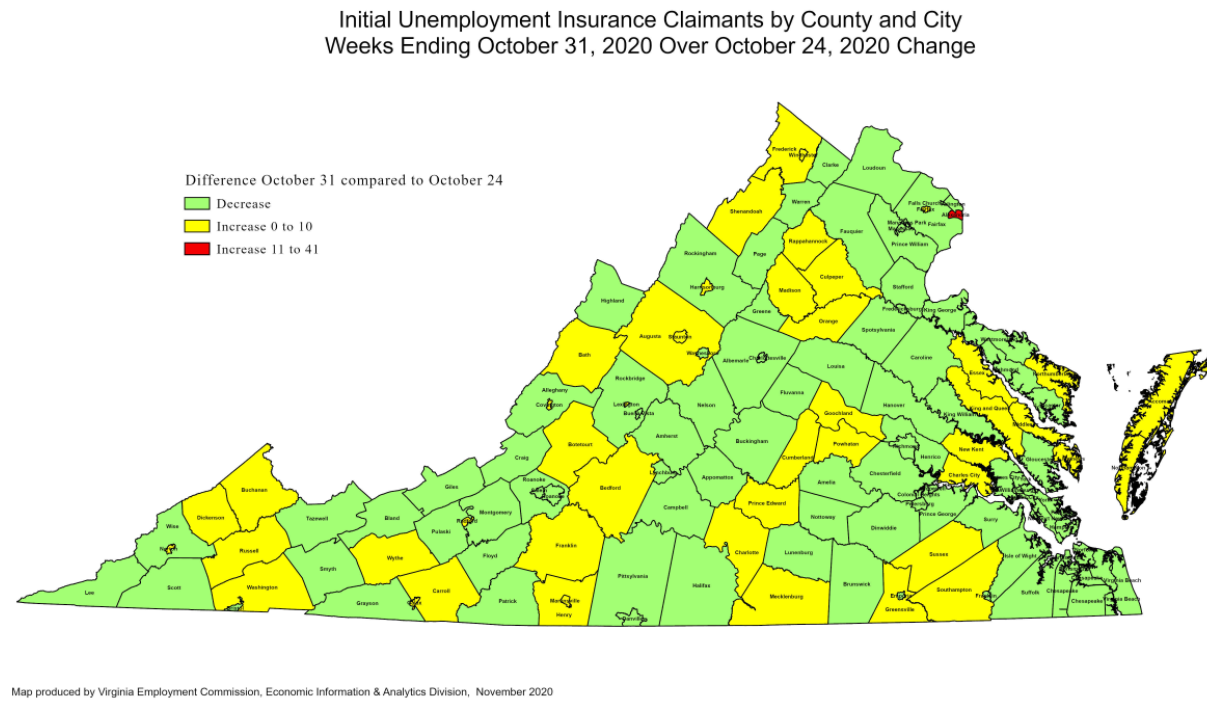 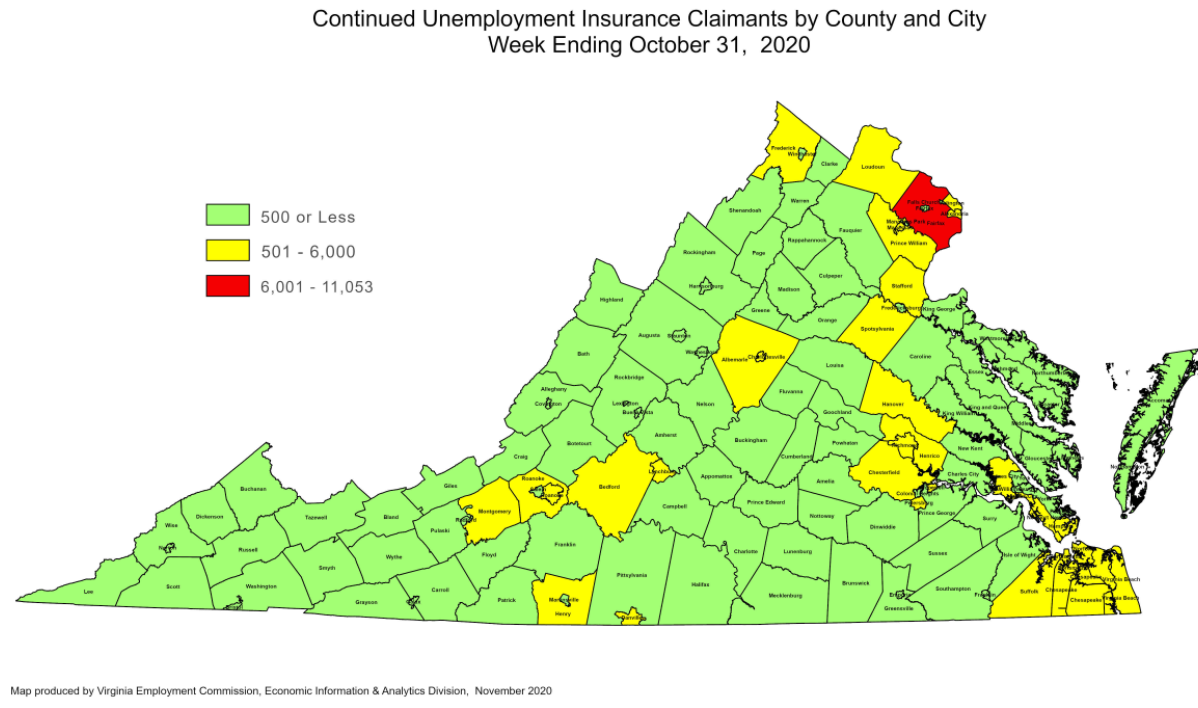