~ Seasonally unadjusted weekly initial unemployment insurance claims rose by 1.5% from the previous filing week as continued claims fell by 1.7% during that period ~

RICHMOND—The Virginia Employment Commission (VEC) announced that the total number of initial claims filed from the first filing week of 2020 through the July 11, 2020 filing week surpassed one million initial claims.

For the filing week ending July 11, the figure for seasonally unadjusted initial claims in Virginia was 32,292. The latest claims figure was an increase of 467 claimants from the previous week. The weekly growth was an increase from the previous week, but well below the weekly peak in unemployment insurance claims reached during the April 4 filing week. 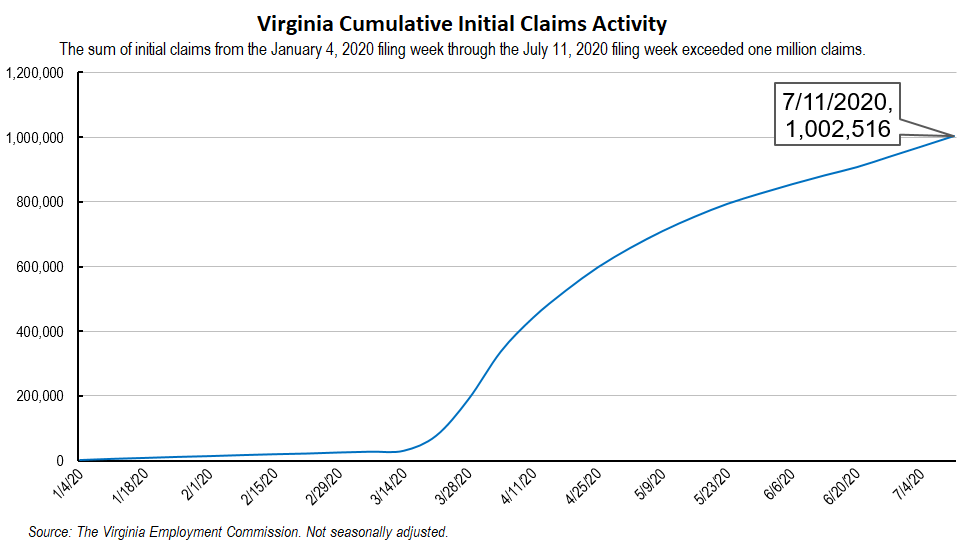 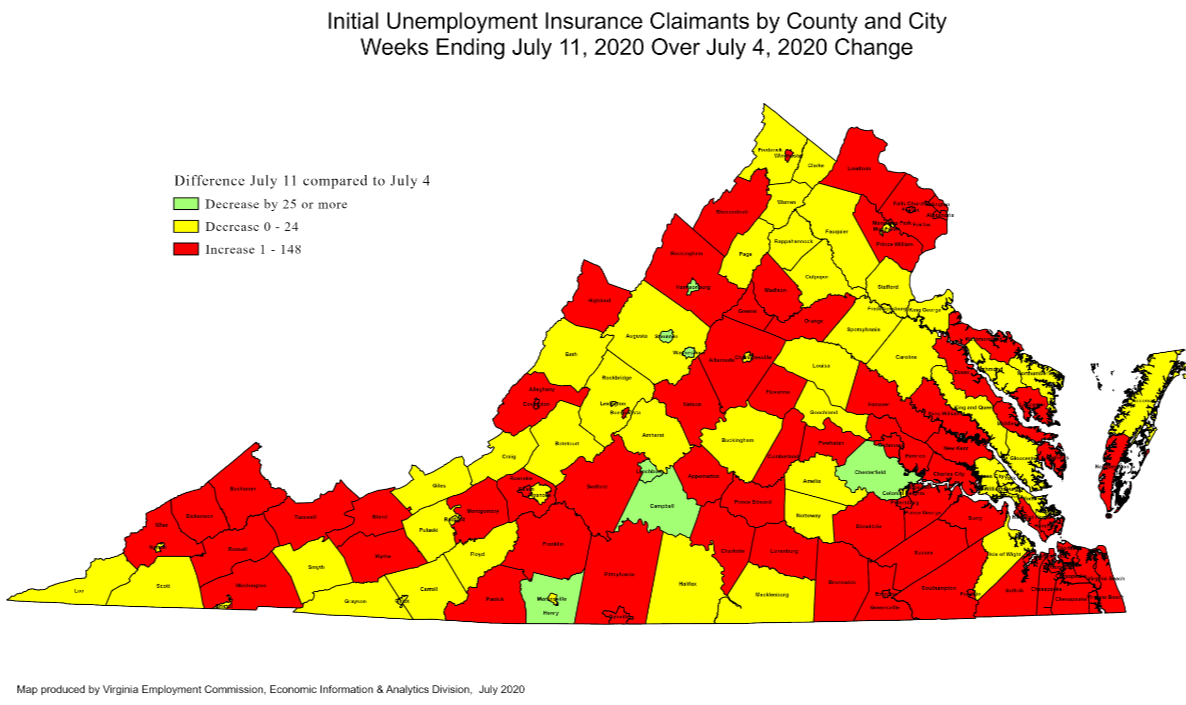 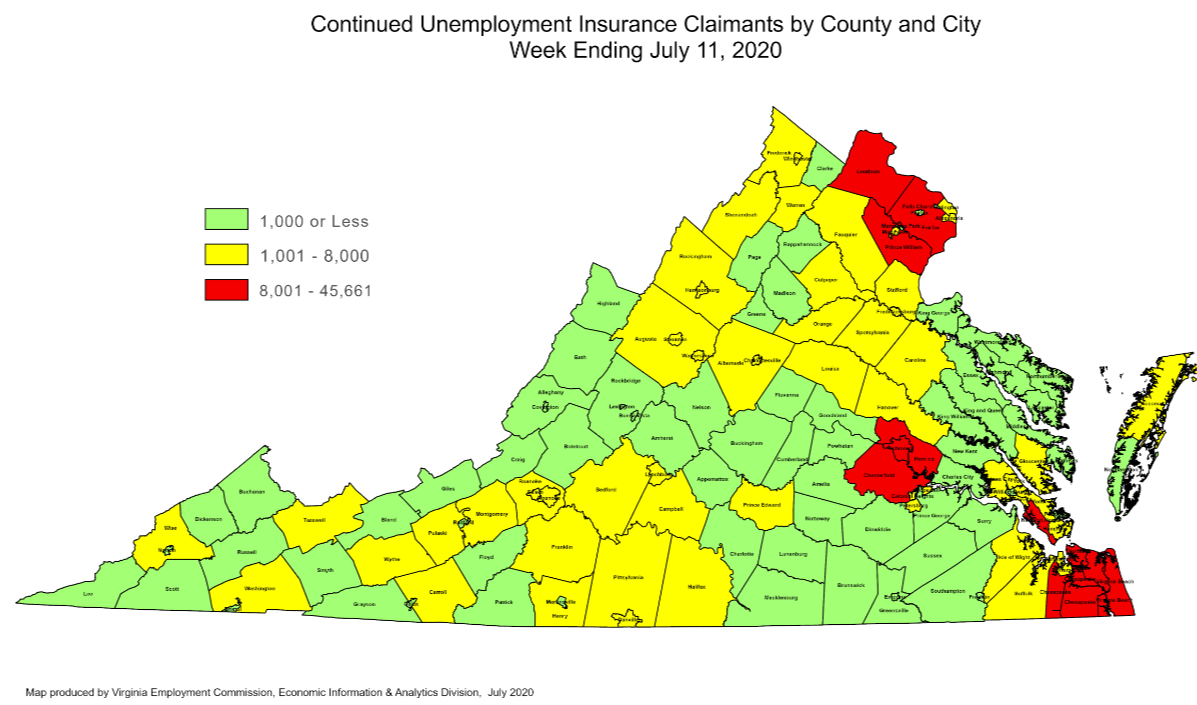 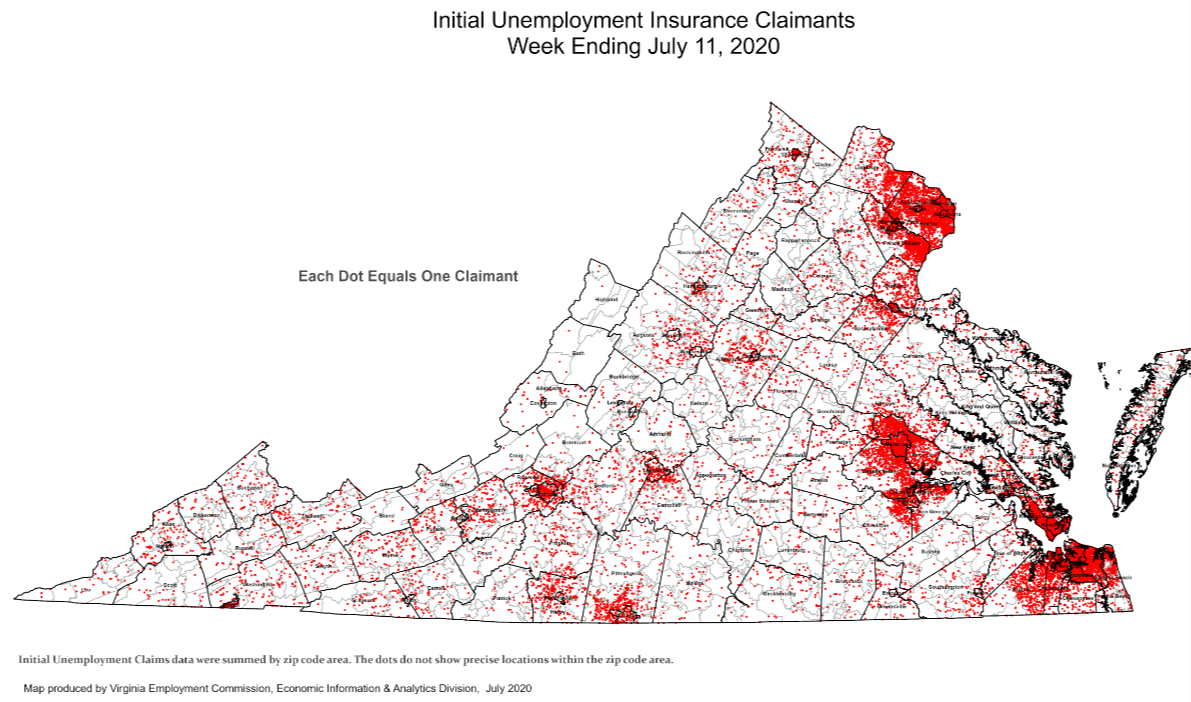 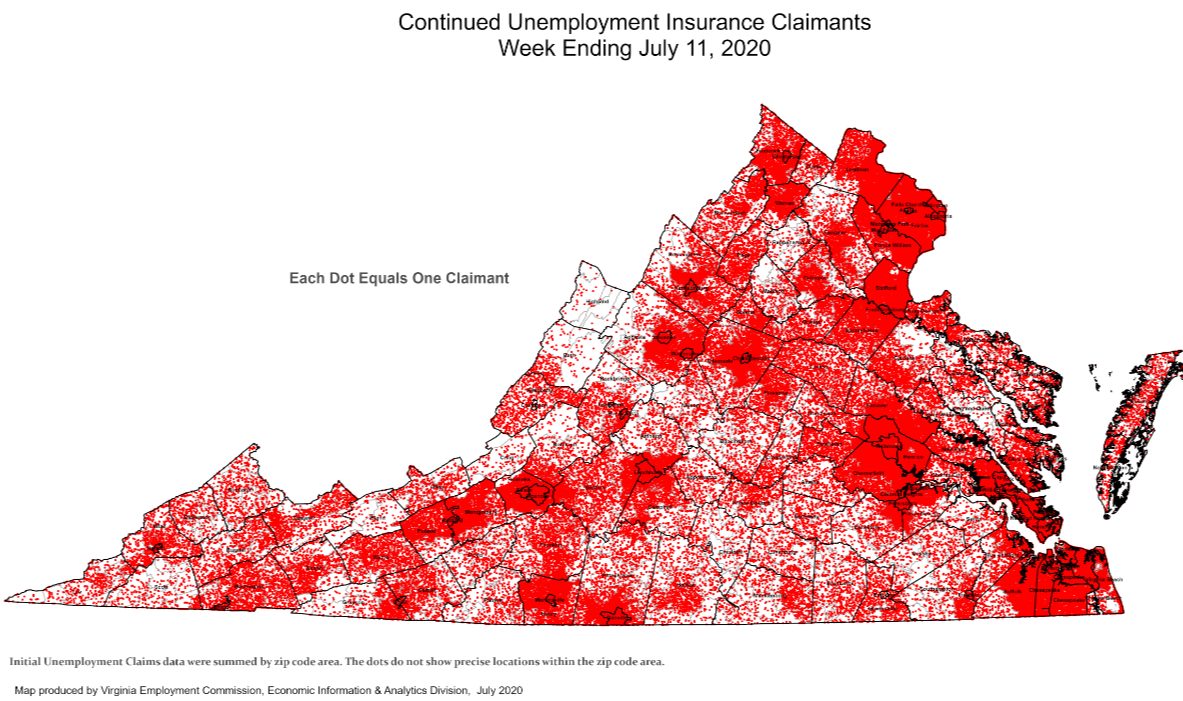