RICHMOND—The Virginia Employment Commission (VEC) announced that the total number of Virginia initial claims filed from mid-March through the May 30, 2020 filing week was nearly 800,000, which is greater than half of total Northern Virginia metro area nonfarm employment.

For the filing week ending May 30, the figure for seasonally unadjusted initial claims in Virginia was 31,379. The latest claims figure was a decrease of 7,863 claimants from the previous week. The weekly total was the lowest since before the initial spike in unemployment insurance claims during the March 21 filing week. 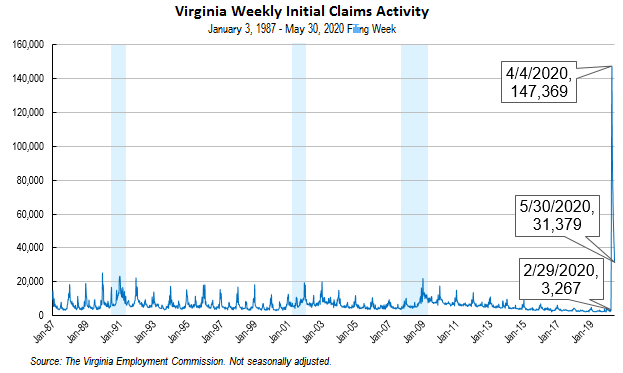 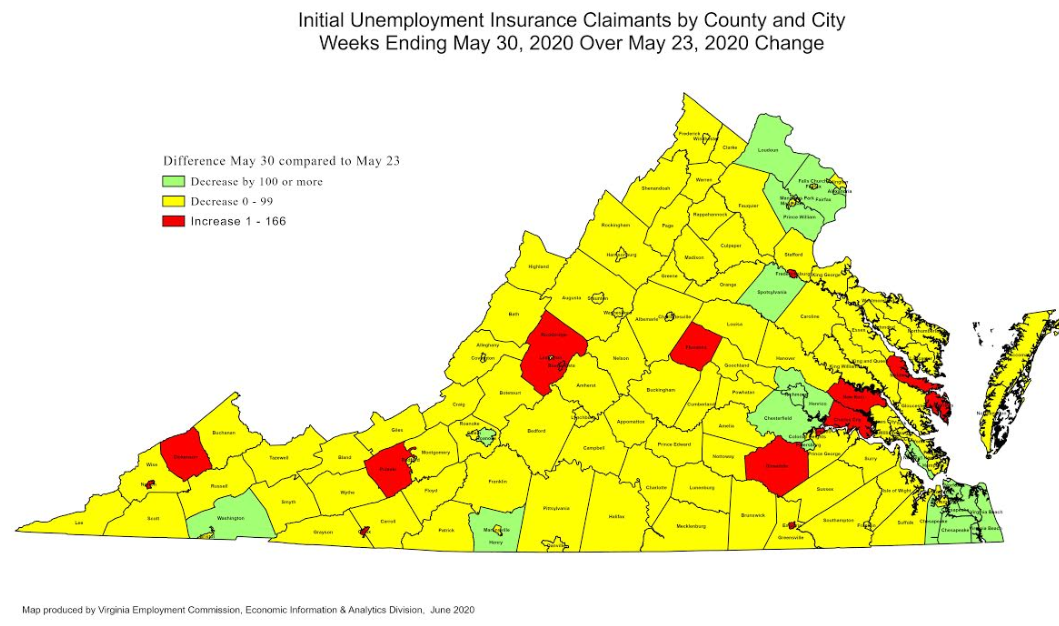 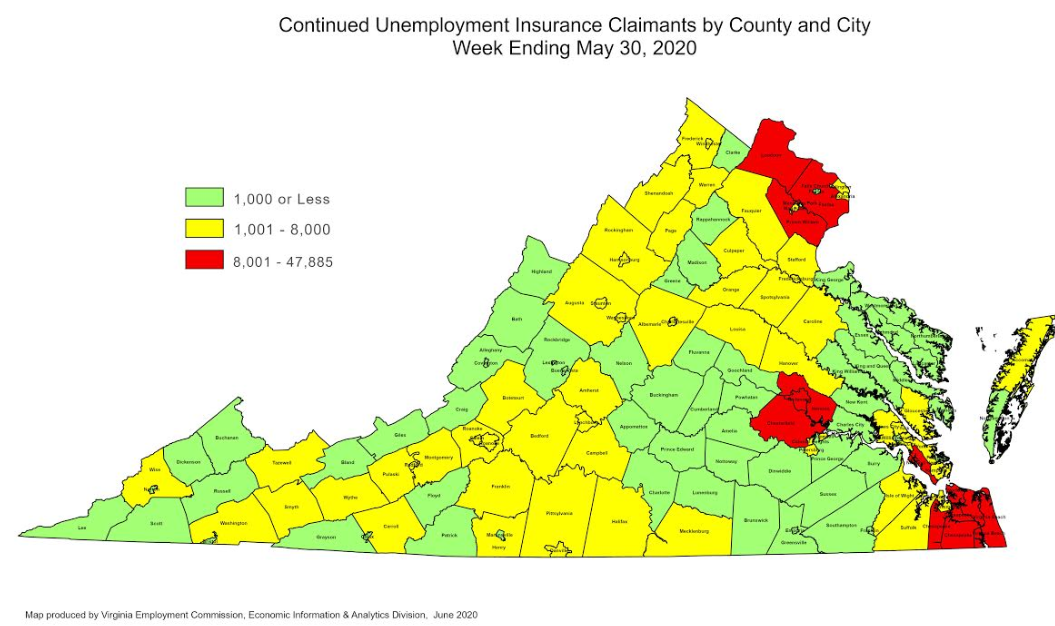 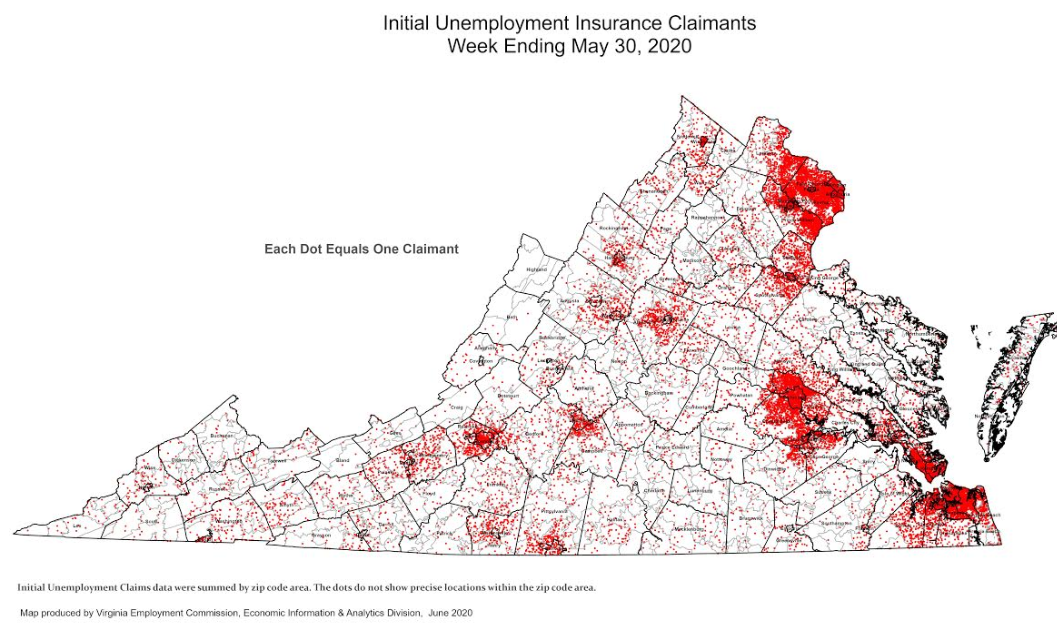 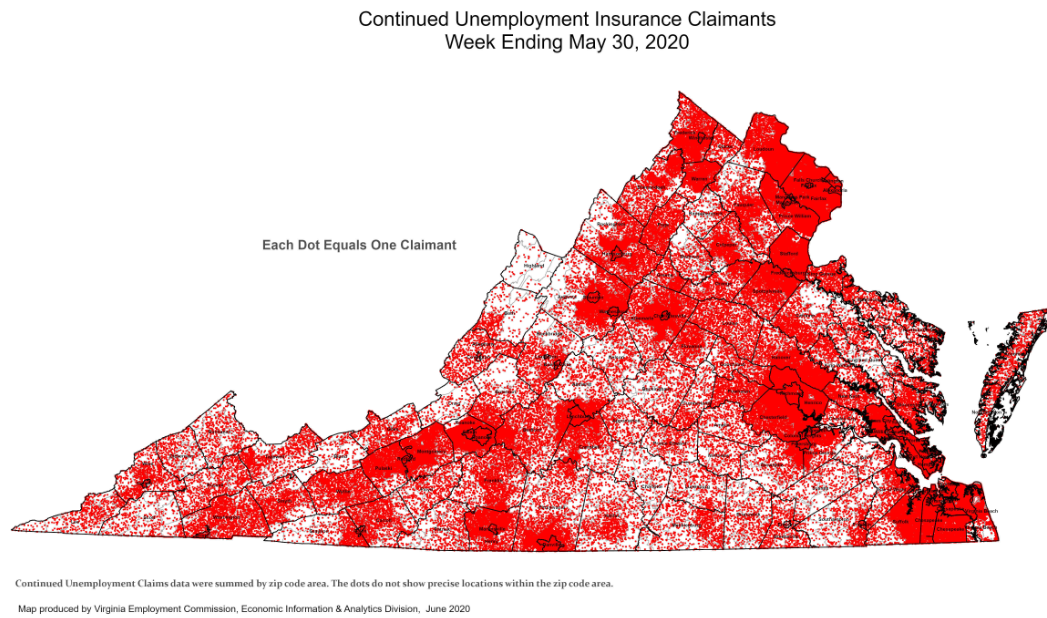 Week Over Week by County and City - Week Ending May 30th