RICHMOND—The Virginia Employment Commission (VEC) announced that it continued to process initial claims for unemployment insurance at a record pace as over 100,000 more claims were filed in the week ending April 11 according to figures released today.

For the filing week ending April 11, the figure for seasonally unadjusted initial claims in Virginia was 104,619. This brings the most recent four-week (March 21, March 28, April 4, and April 11) total of weekly initial claims filings to 410,762, which is only 67,000 fewer than the average of all initial claims filed during the last three economic recessions. The latest claims figure was a decrease of 42,750 claimants from the previous week. The 29% decrease indicates that initial claims volumes may have peaked during the April 4 filing week, following its dizzying ascent in late March.

Initial claims measure emerging unemployment and the recent increase in initial claims in the Commonwealth is clearly attributable to impacts from the COVID-19 virus. The accommodation and food service industries have comprised the majority of these initial claims. Because of their prevalence in those and other affected industries like retail and health care, younger workers and female workers have been disproportionally impacted. The number of initial claims filed during the week ending April 11, 2020 was 45.6 times higher than the comparable 2019 week—an increase of 102,326 claims. 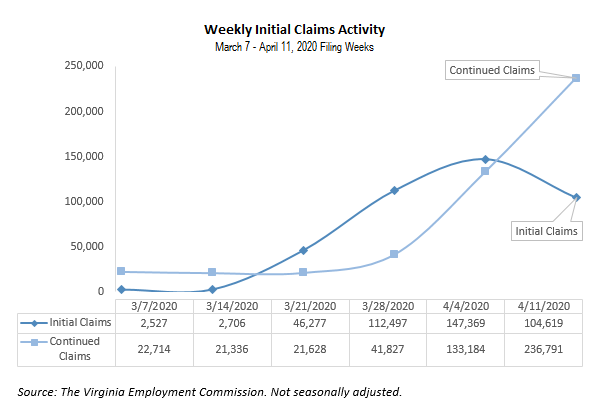 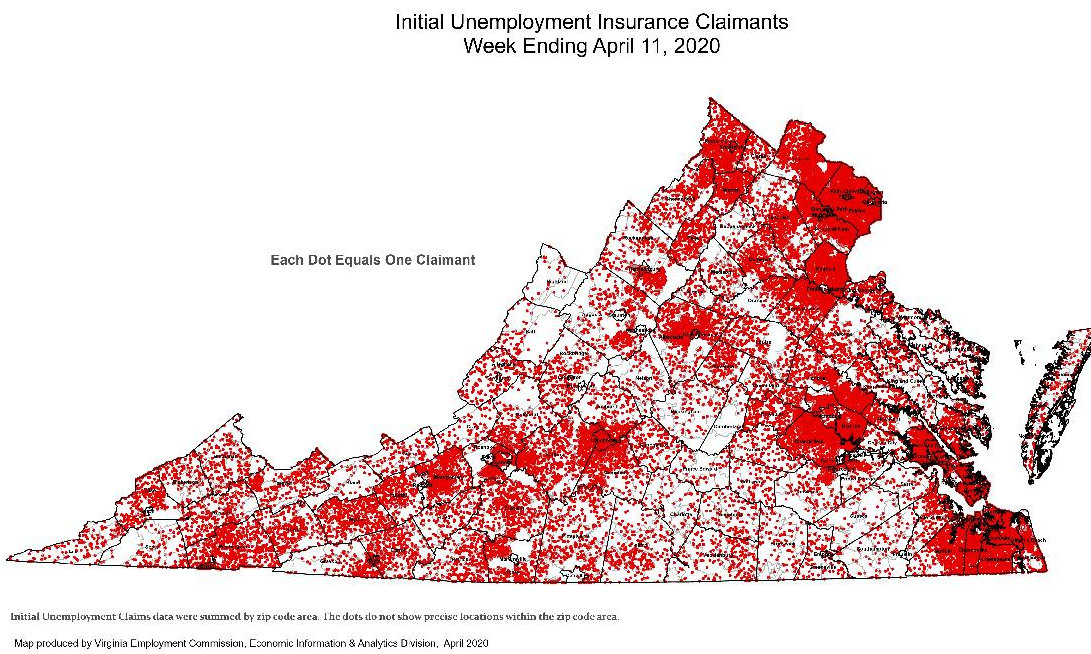 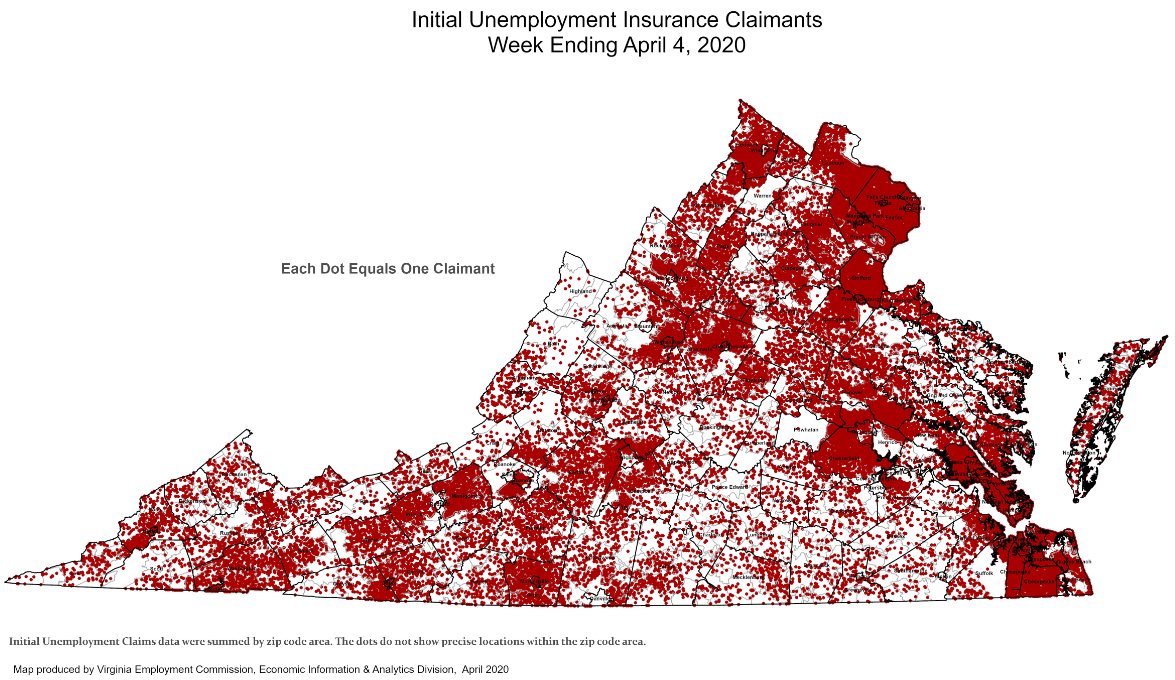 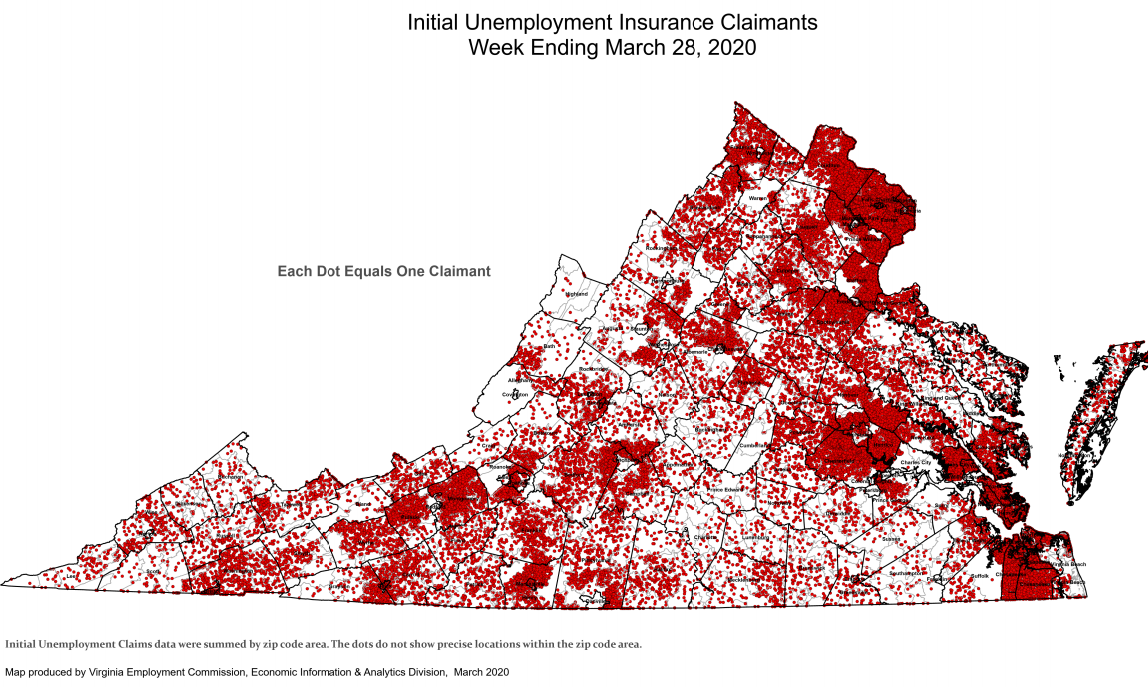 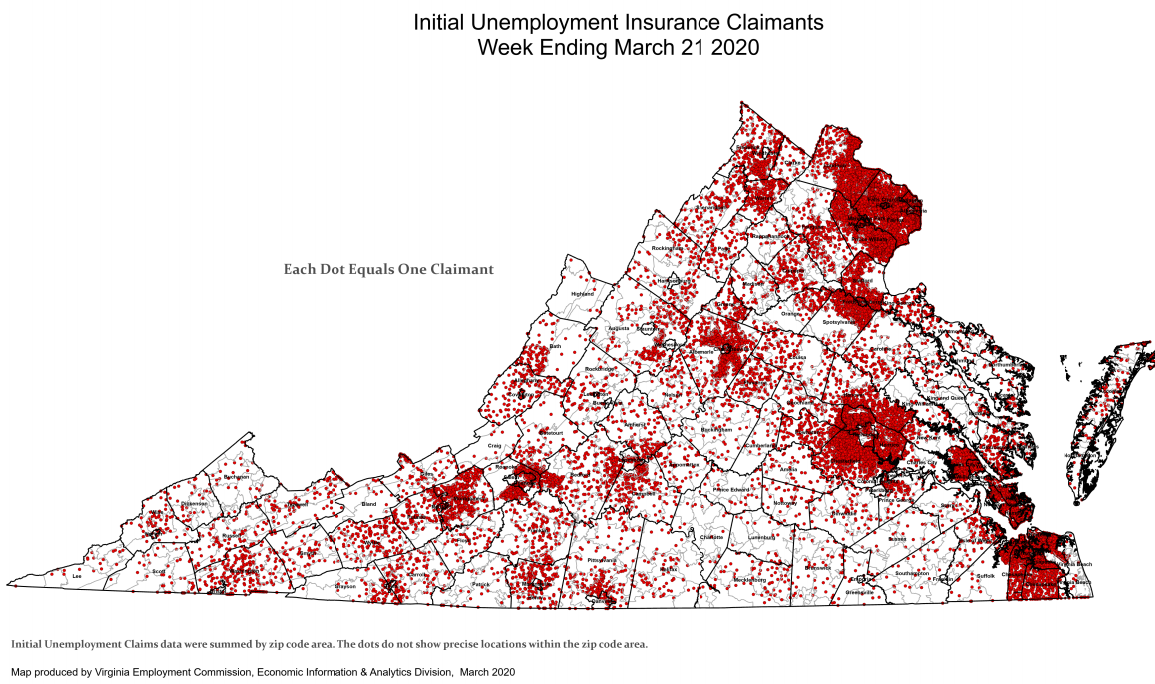 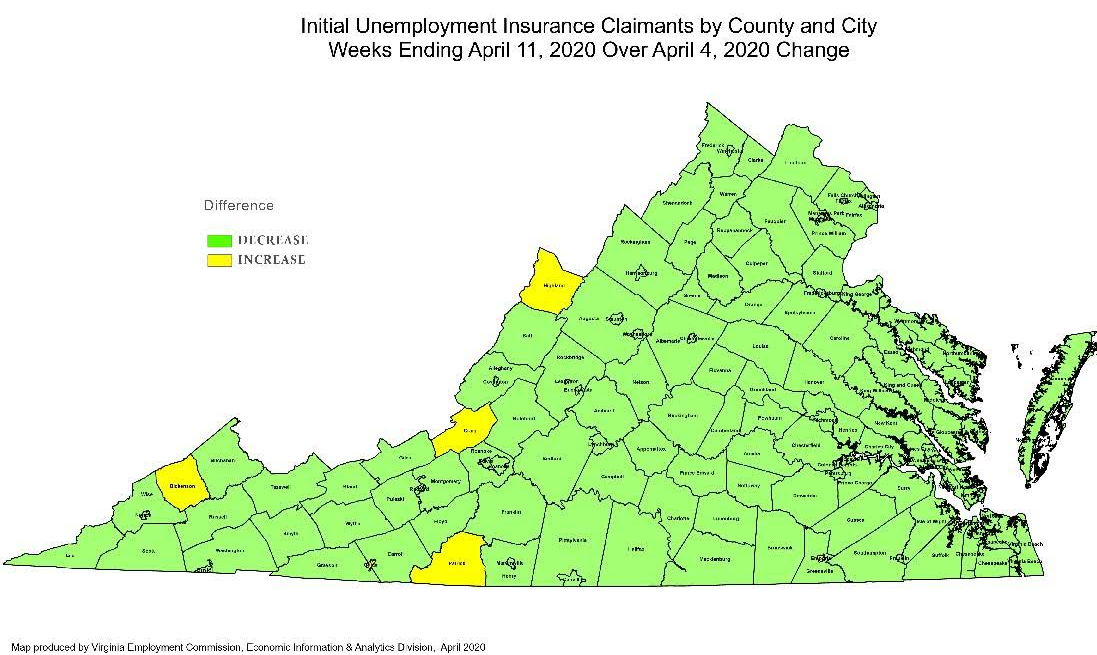 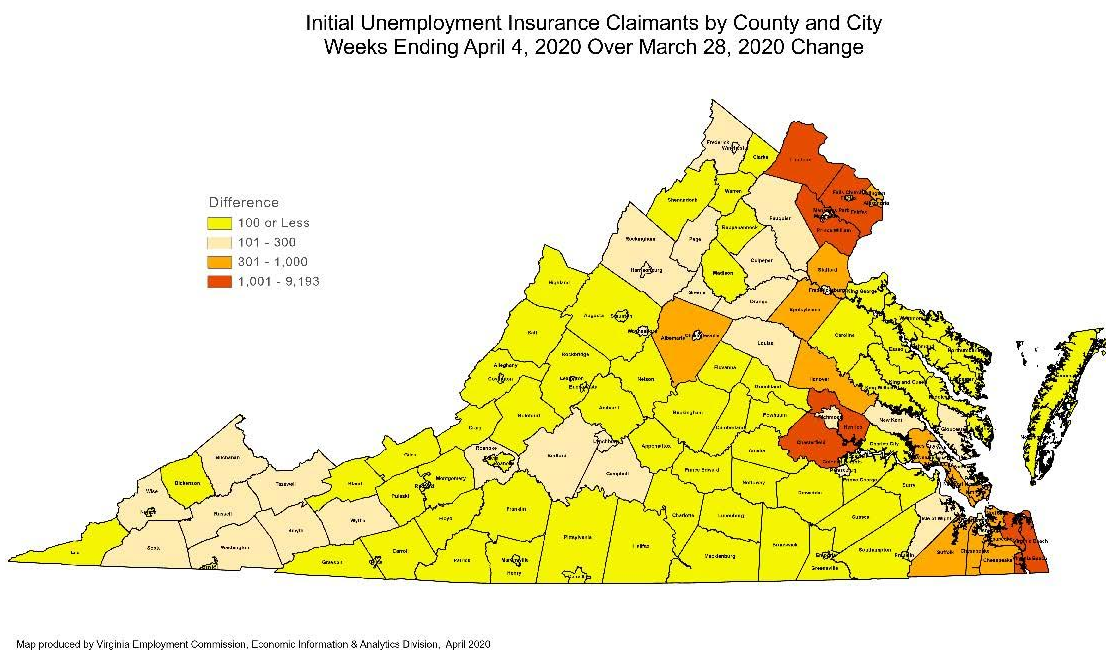