RICHMOND— For the filing week ending March 21, the figure for seasonally unadjusted initial claims was 46,277 and reflects activity during the week ending March 21. This is an increase of 43,571 claimants from the previous week's level of 2,706 and marks a historically large weekly increase.

Initial claims measure emerging unemployment and the sharp increase in initial claims in the Commonwealth is clearly attributable to impacts from the COVID-19 virus. A number of counties and cities specifically cited COVID-19 related layoffs, while many areas reported increased layoffs in service related industries broadly and in the accommodation and food services industries specifically, as well as in the transportation and warehousing industry, whether COVID-19 was identified directly or not. 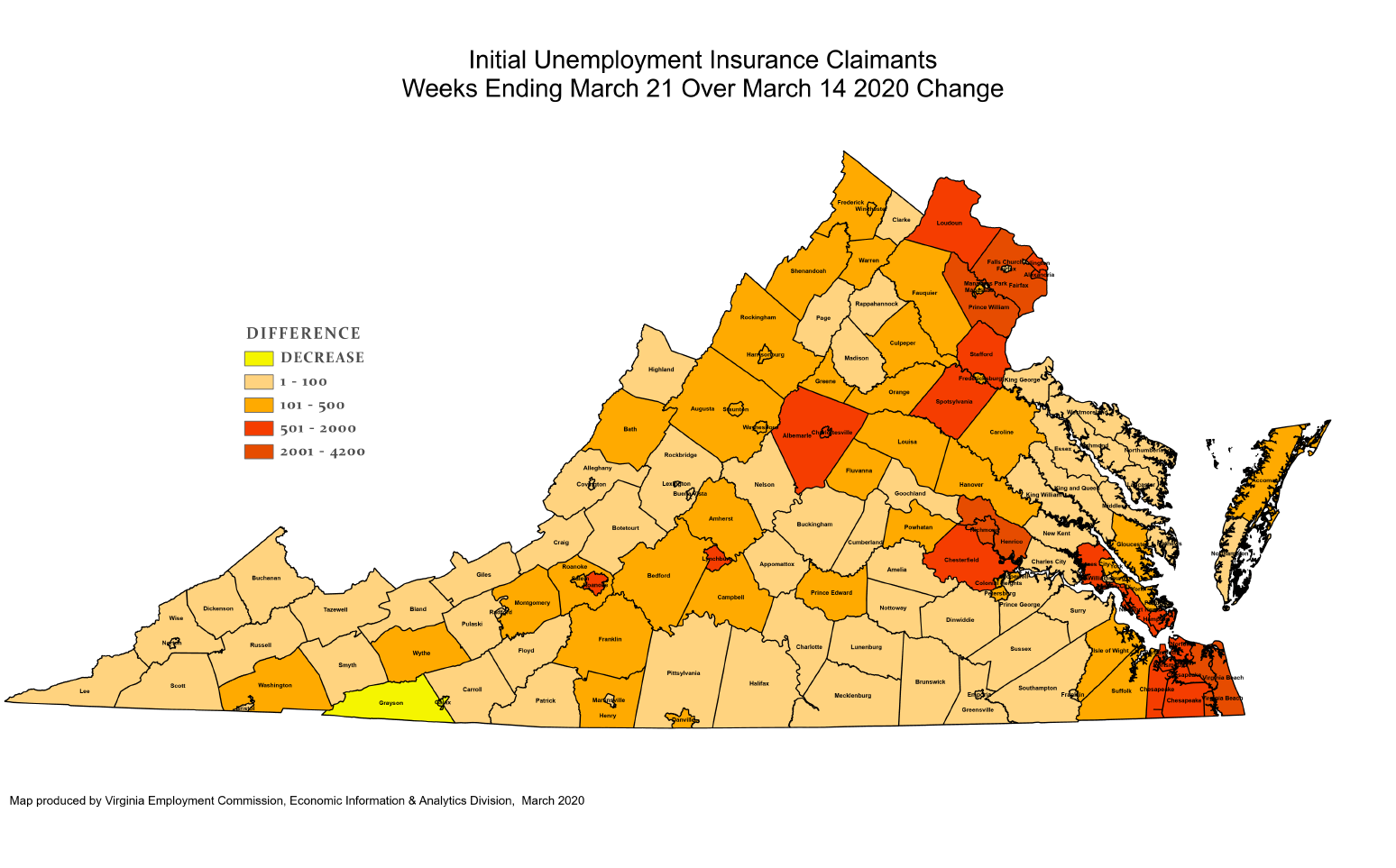 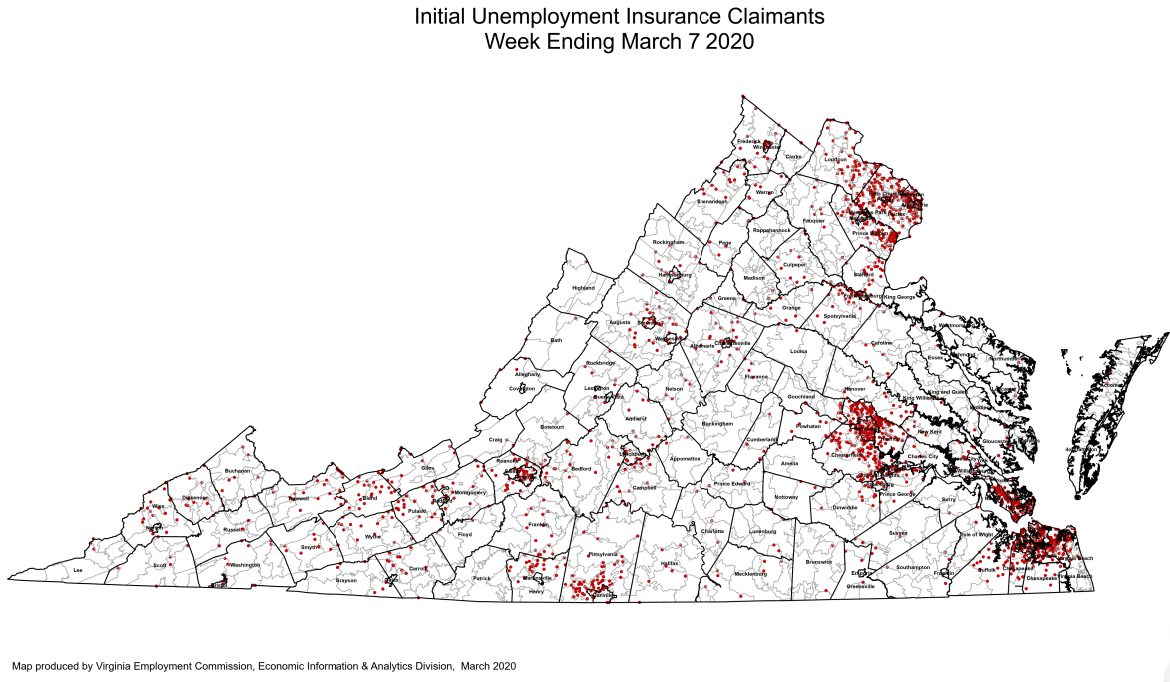 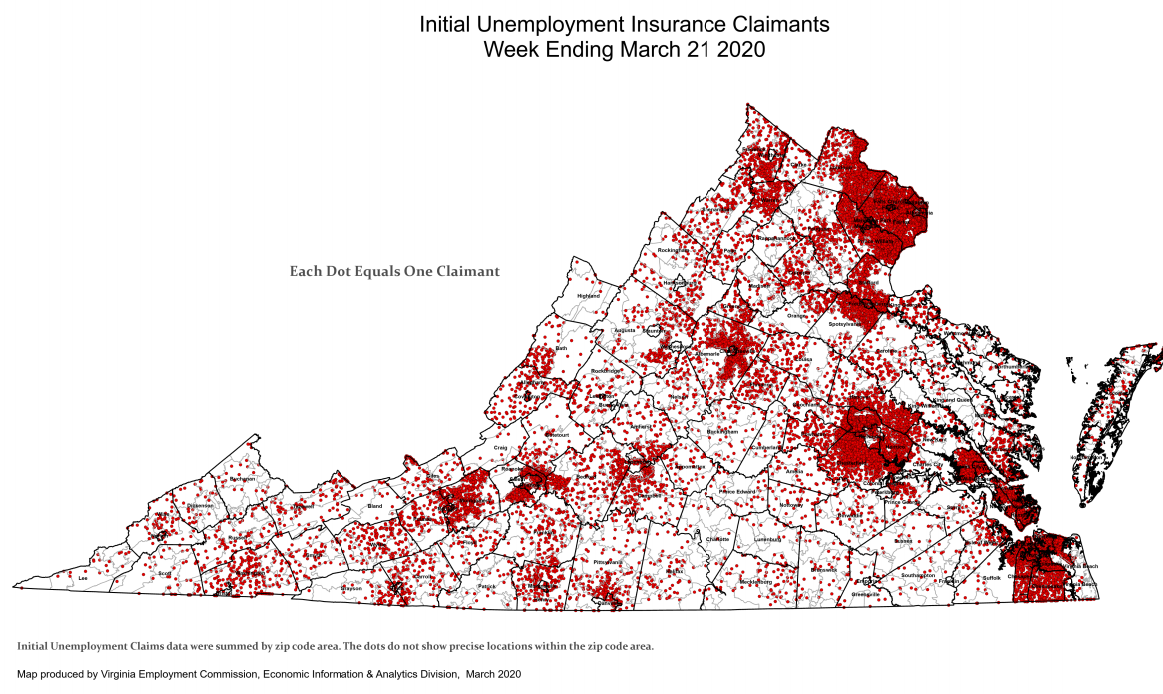 Nationwide, seasonally adjusted initial claims during this period were 3,283,000, an increase of 3,001,000 from the previous week's revised level. This marks the highest level of seasonally adjusted initial claims in the history of the seasonally adjusted series. The previous high was 695,000 in October of 1982. According to the U.S. Department of Labor, nearly every state providing comments to them cited these COVID-19 virus impacts. Other states cited services industries as being among the hardest hit, particularly accommodation and food services. Additional industries heavily cited for the increases included the health care and social assistance, arts, entertainment and recreation, transportation and warehousing, and manufacturing industries. 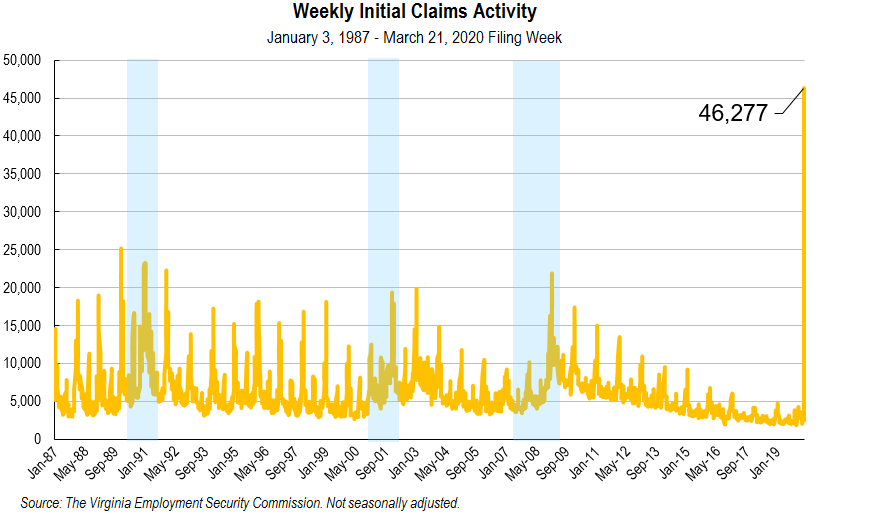