For the filing week ending February 13, the figure for seasonally unadjusted initial claims in Virginia was 14,901. Remaining elevated compared to recent months’ trends, the latest claims figure was an increase of 698 claimants from the previous week. Elevated levels this winter may have, in part, reflected reapplications for benefits following the government’s renewal of supplemental benefits until March 14 as part of the latest stimulus package.

For the most recent filing week, continued weeks claimed totaled 62,624, which was a 3.8% decrease from the previous week, but 40,143 higher than the 22,481 continued claims from the comparable week last year. Over half of claims that had a self-reported industry were in the accommodation/food service, retail trade, administrative and waste services, and healthcare/social assistance industries. The continued claims total is mainly comprised of those recent initial claimants who continued to file for unemployment insurance benefits during the COVID-19 pandemic. 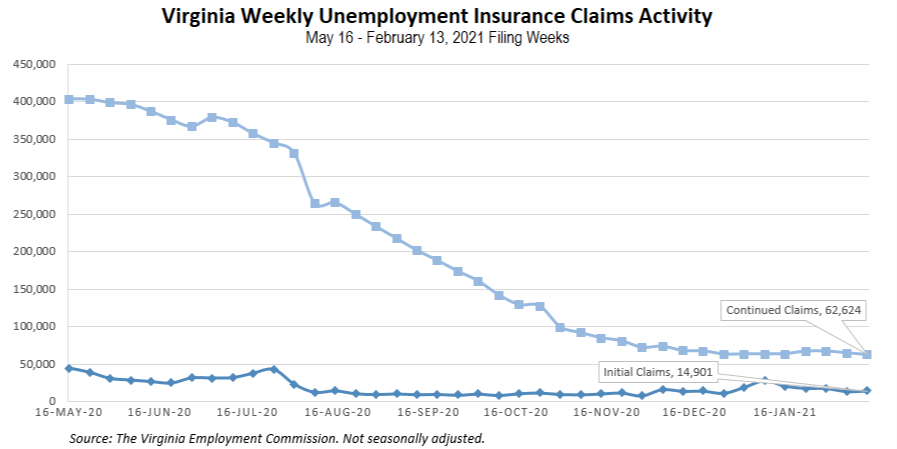 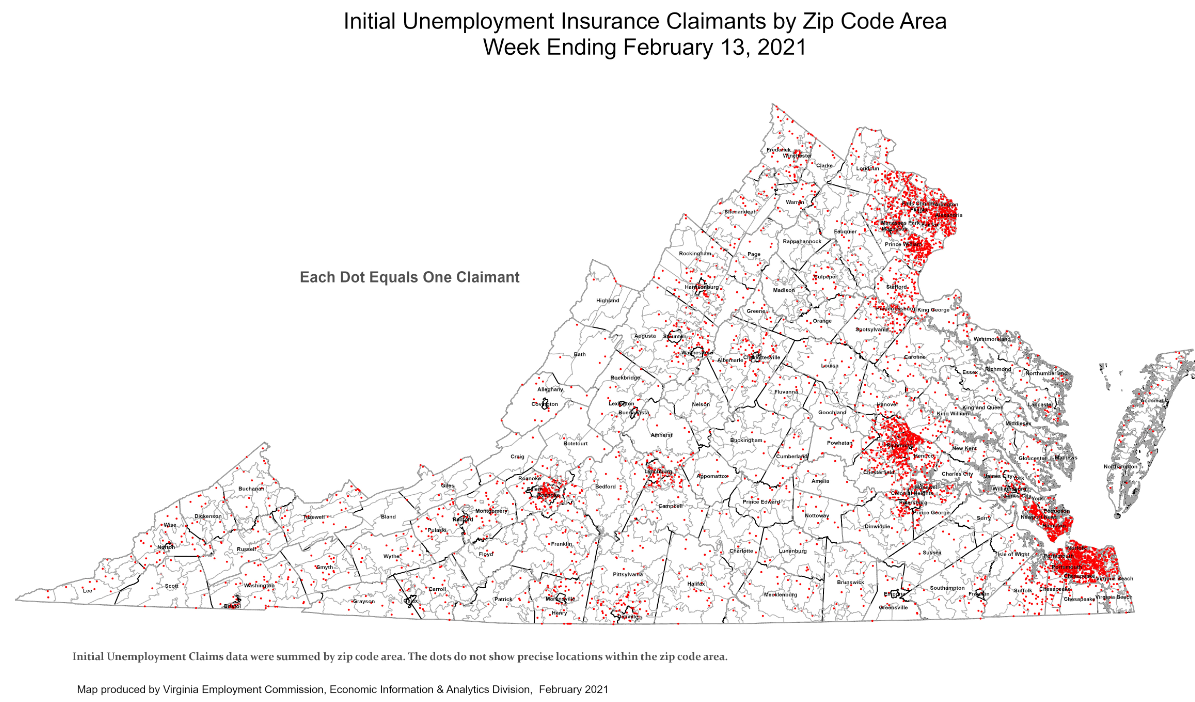 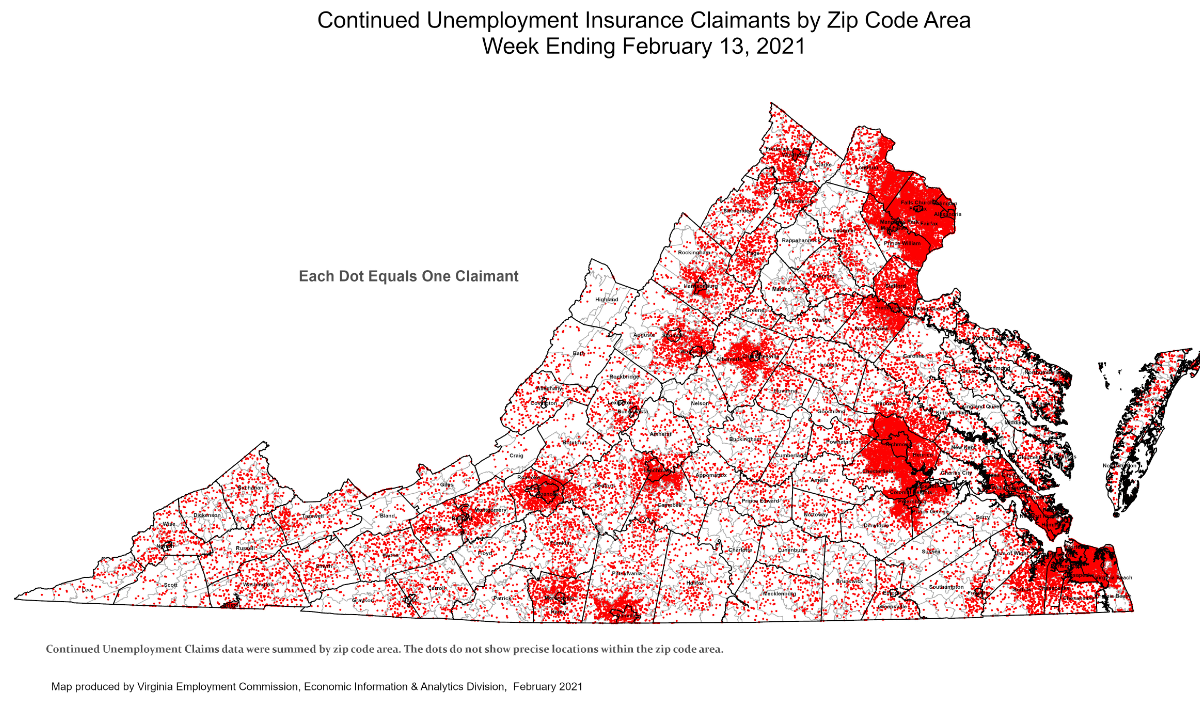 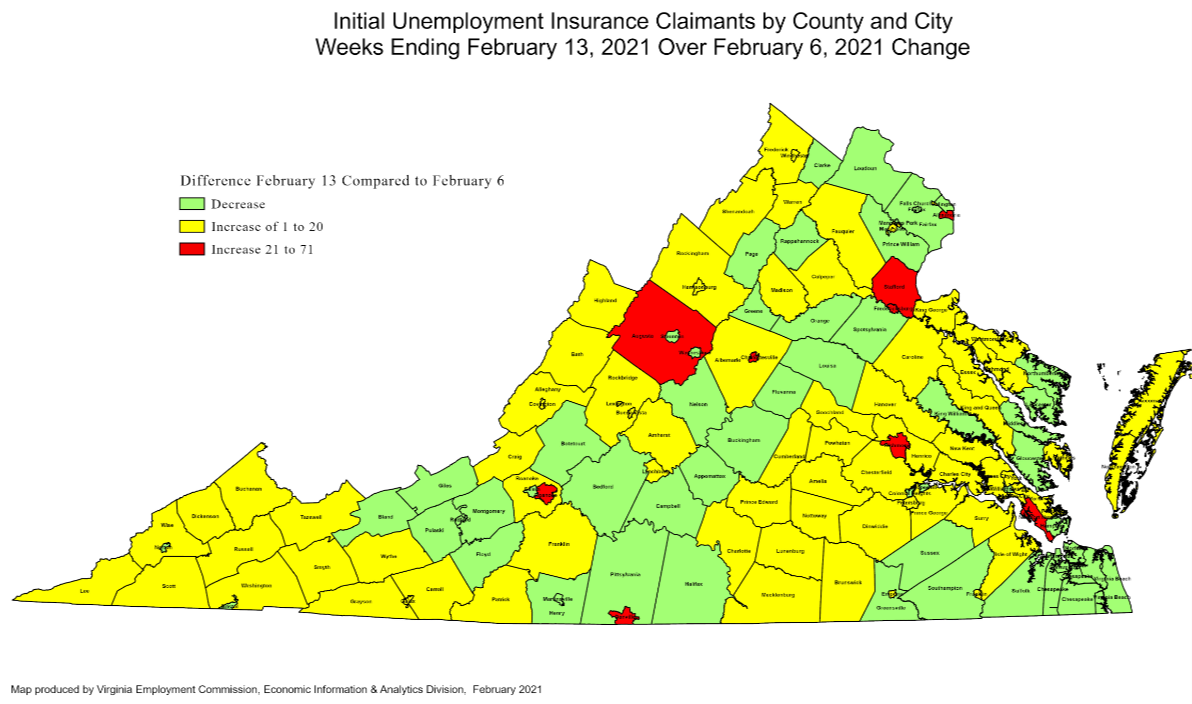 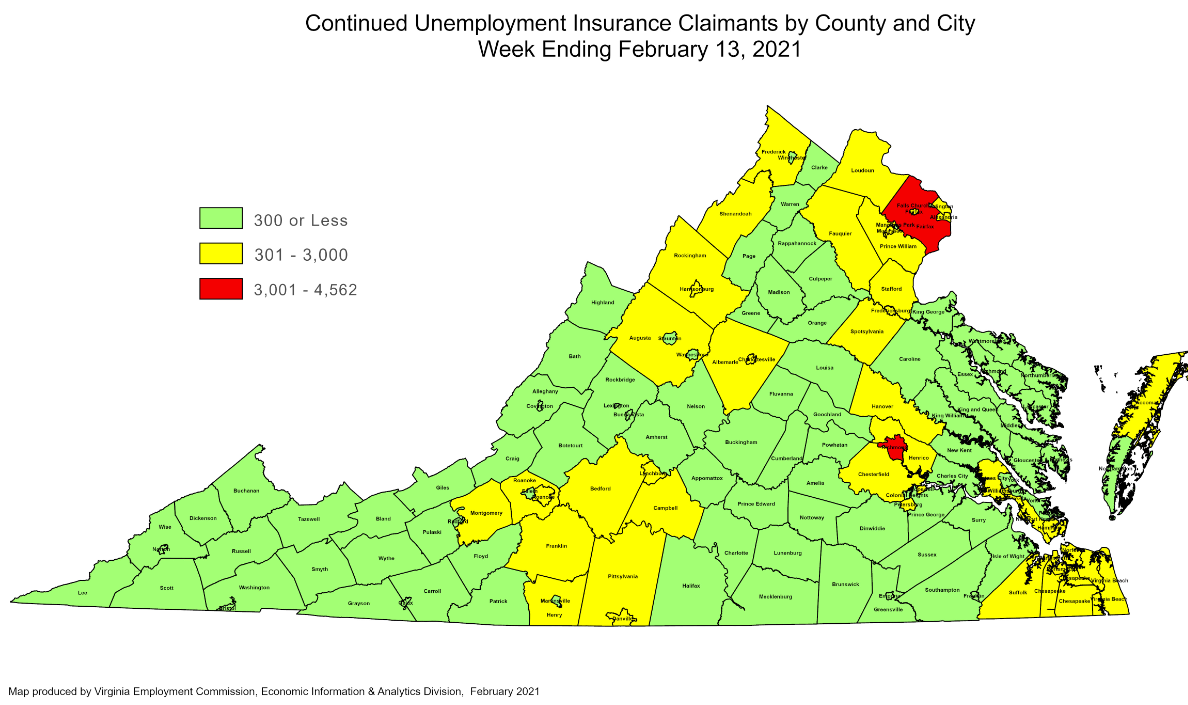