~ Seasonally unadjusted weekly initial unemployment insurance claims fell by 44.3% from the previous filing week as continued claims fell by 3.9% during that period ~

For the filing week ending August 1, the figure for seasonally unadjusted initial claims in Virginia was 23,918, reversing recent weeks’ trend of rising claims. The latest claims figure was a decrease of 19,048 claimants from the previous week and fell well below the 46,277 filed during the March 21, 2020 filing week—the beginning of the current period of highly elevated weekly unemployment claims figures.

For the most recent filing week, continued weeks claimed totaled 331,401, down 13,425 from the previous week, but 311,613 higher than the 19,788 continued claims from the comparable week last year. They have trended downward in the last month and fell to their lowest level since April during the most recent filing week. The continued claims total is mainly comprised of those recent initial claimants who continued to file for unemployment insurance benefits during the COVID-19 pandemic. 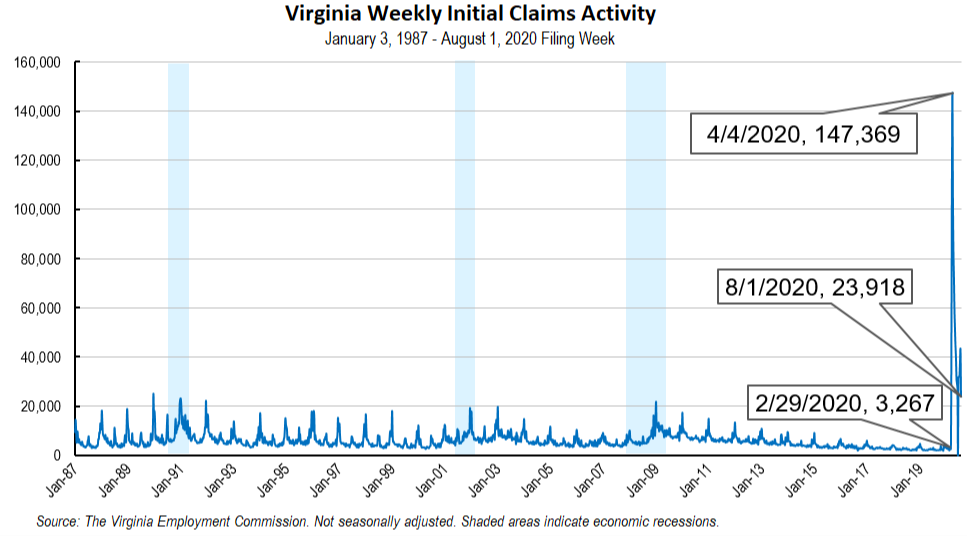 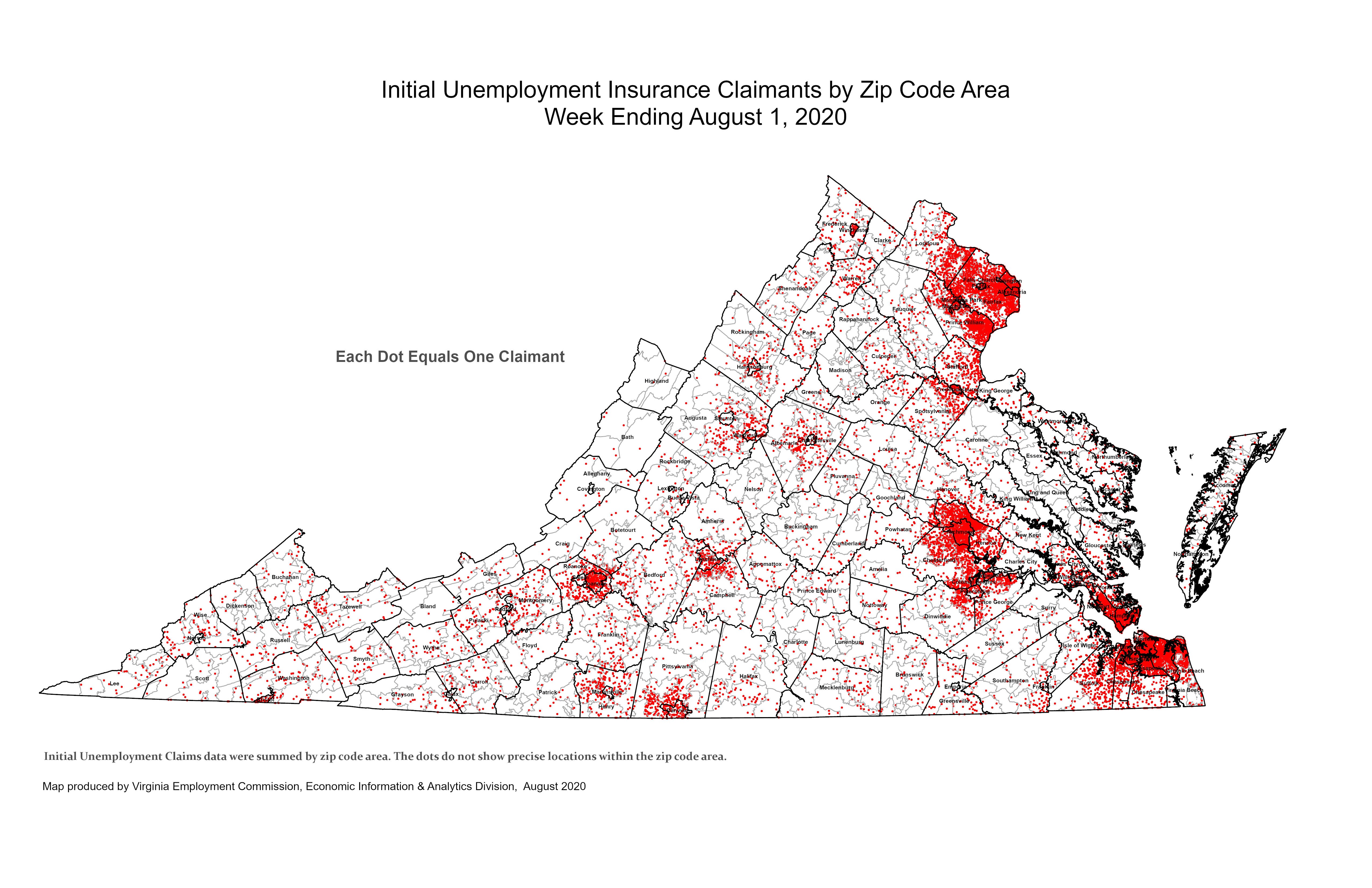 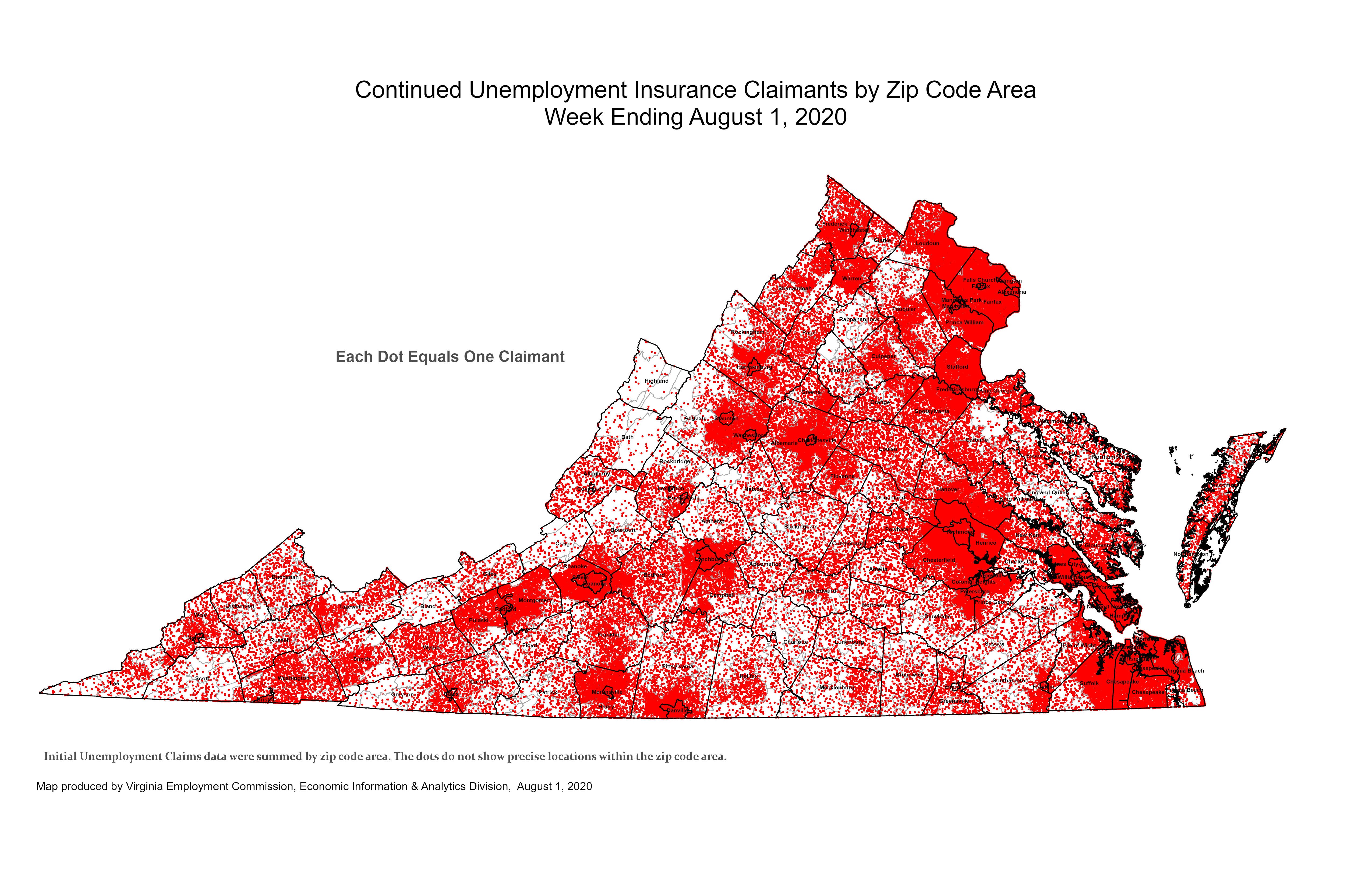 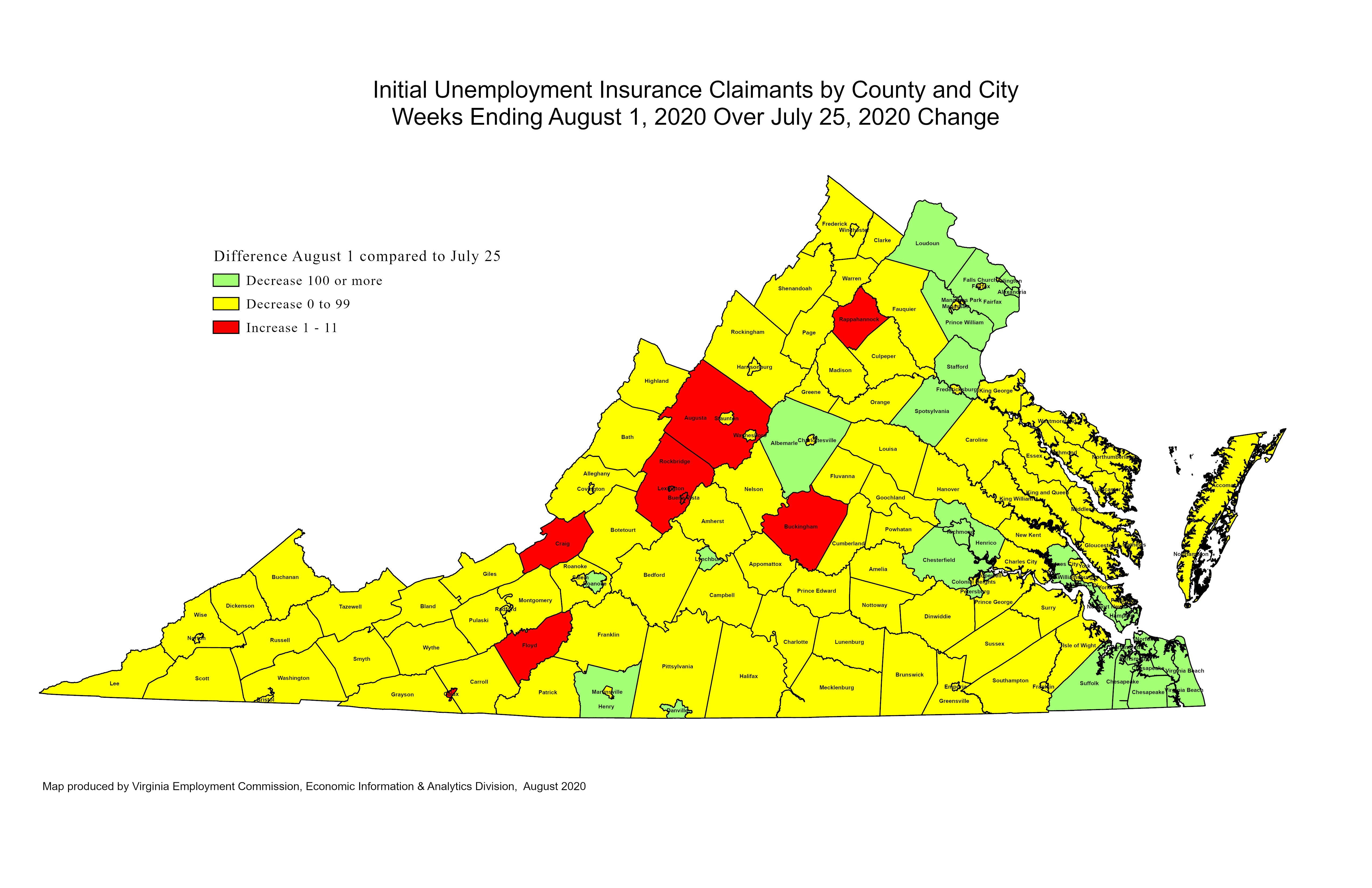 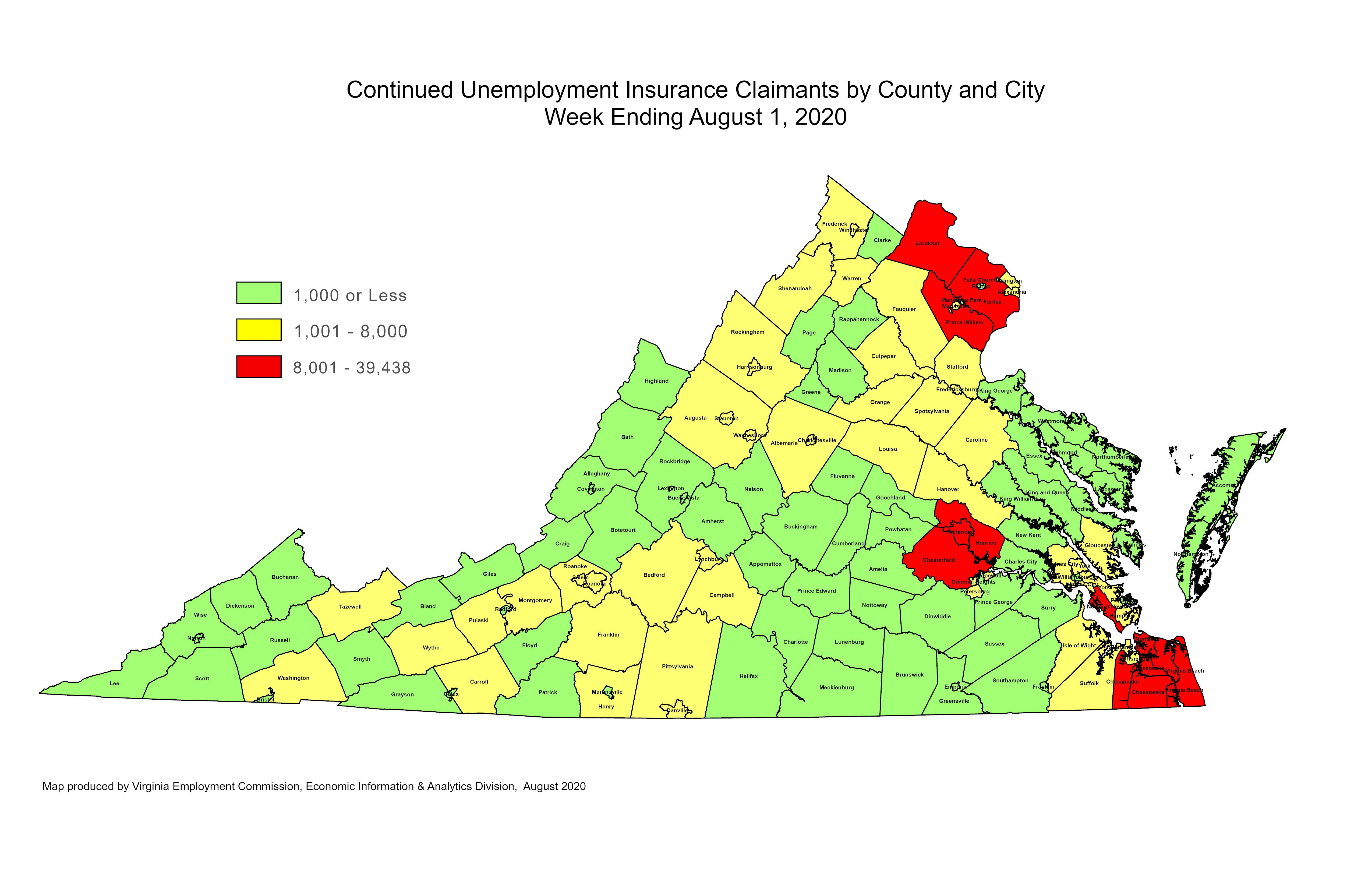