For the filing week ending June 13, the figure for seasonally unadjusted initial claims in Virginia was 27,186. The latest claims figure was a decrease of 2,045 claimants from the previous week. The weekly total was the lowest since before the initial spike in unemployment insurance claims during the March 21 filing week. 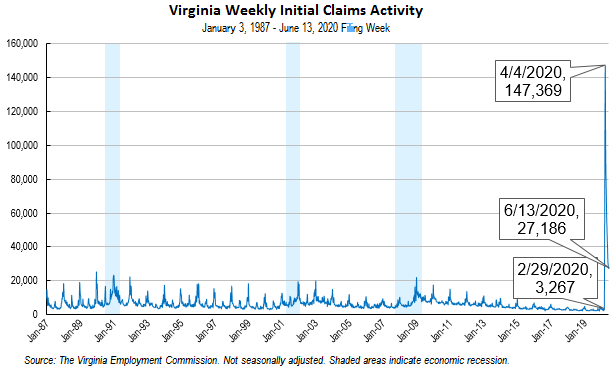 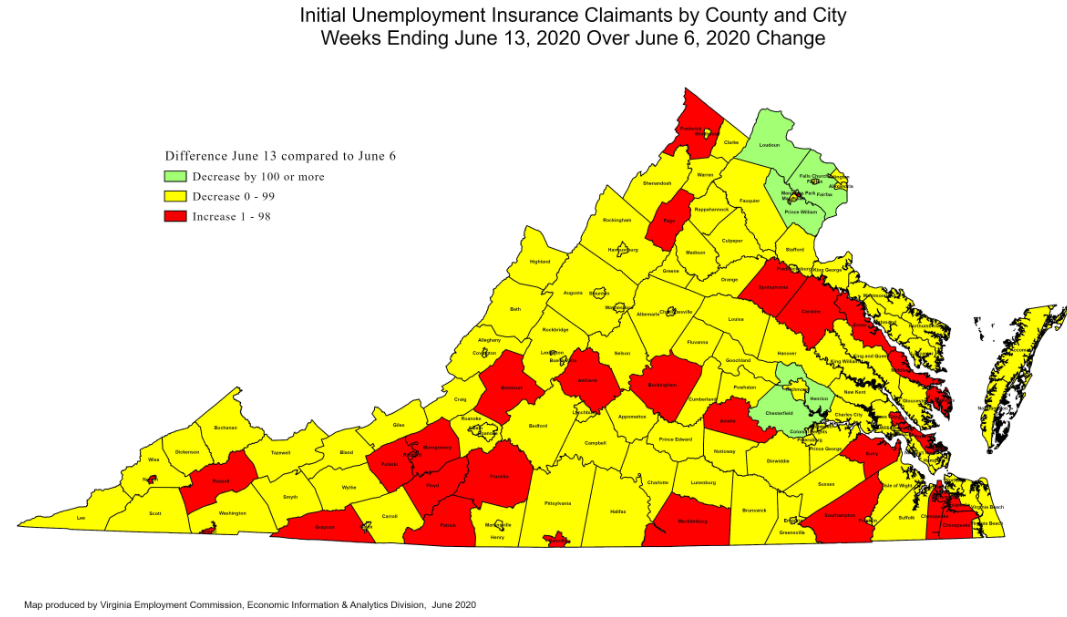 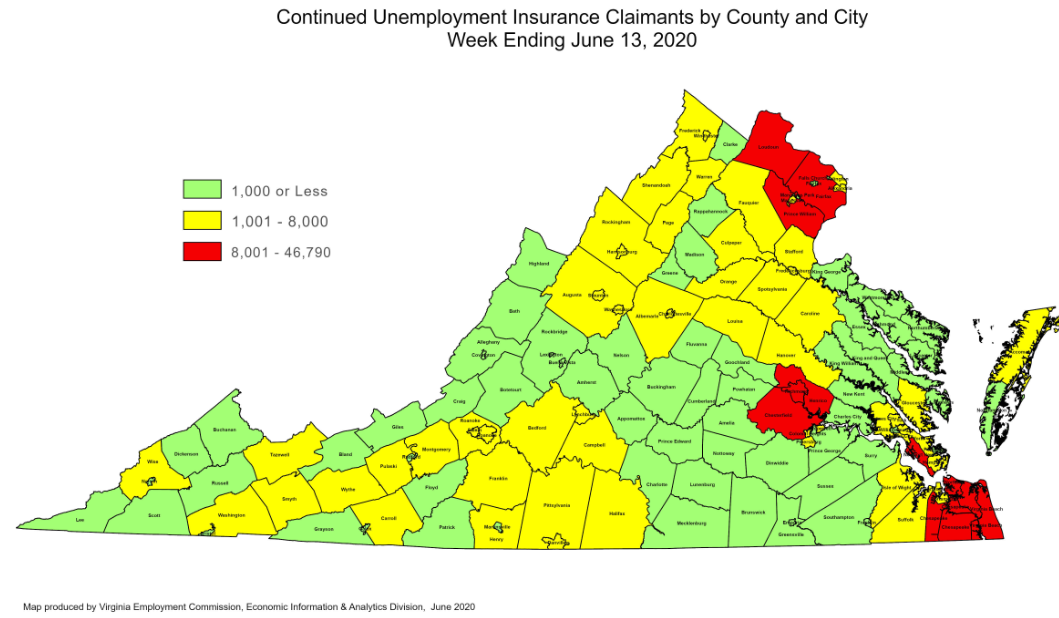 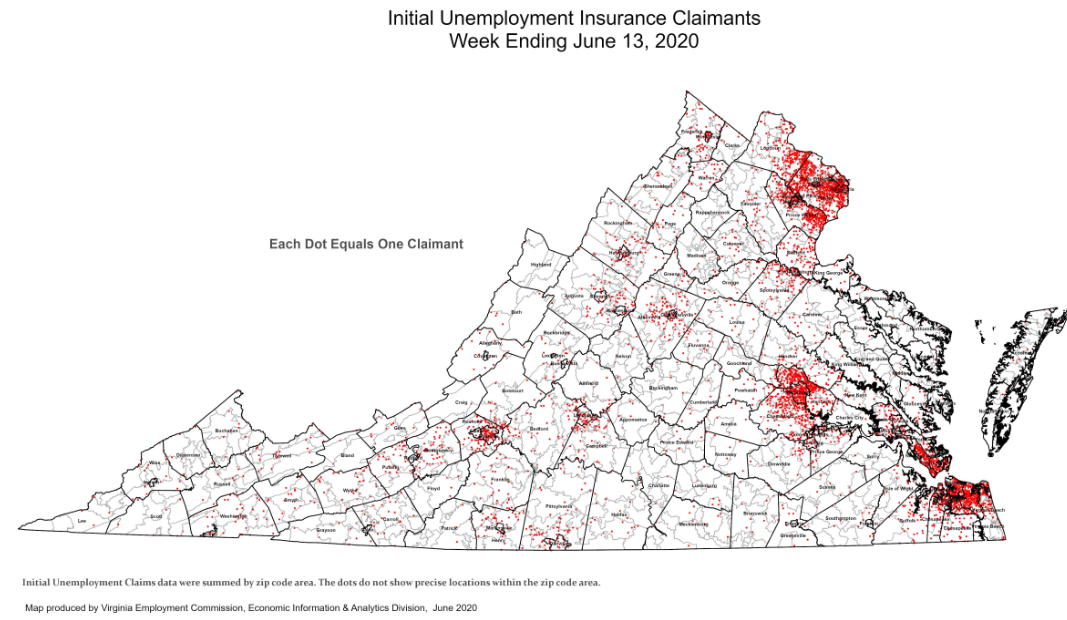 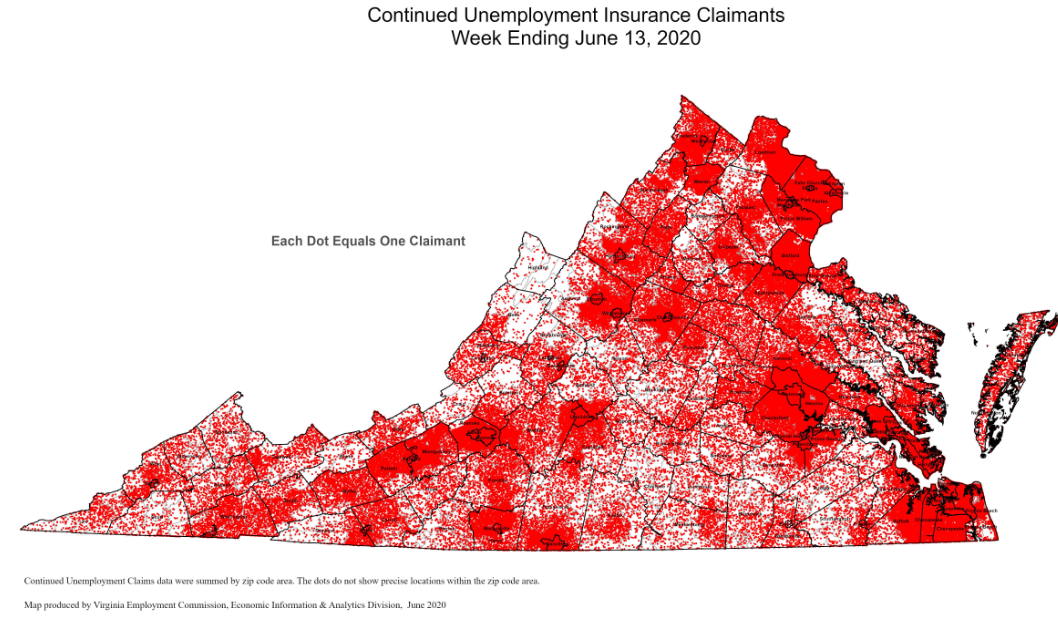