RICHMOND—The Virginia Employment Commission (VEC) announced that the total number of initial claims filed in the ten weeks from mid-March through the May 23, 2020 filing week were over 100,000 more than were filed during the Great Recession that lasted from December 2007 to June 2009.

For the filing week ending May 23, the figure for seasonally unadjusted initial claims in Virginia was 39,242. The latest claims figure was a decrease of 5,457 claimants from the previous week. The weekly total was the lowest since before the initial spike in unemployment insurance claims during the March 21 filing week.

Nationwide, the number of seasonally adjusted initial claims totaled 2,123,000, a decrease of 323,000 from the previous week's revised level. The previous week's level was revised up by 8,000 from 2,438,000 to 2,446,000. The advance number of actual initial claims under state programs, unadjusted, totaled 1,914,958 in the week ending May 23, a decrease of 266,682 (or -12.2 percent) from the previous week. Most states reported less than 100,000 claims during the most recent filing week, except for the largest five in terms of numbers of filings. Looking at advance-issue, seasonally unadjusted numbers, the top five largest numbers of initial claims for the week ending May 23 were in California, New York, Florida, Georgia, and Texas. 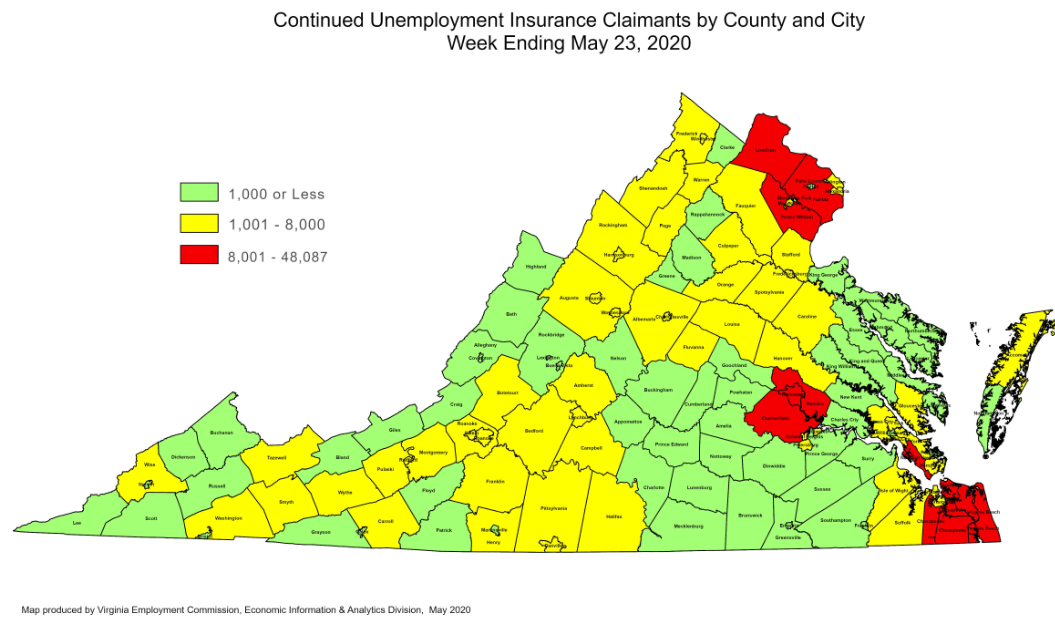 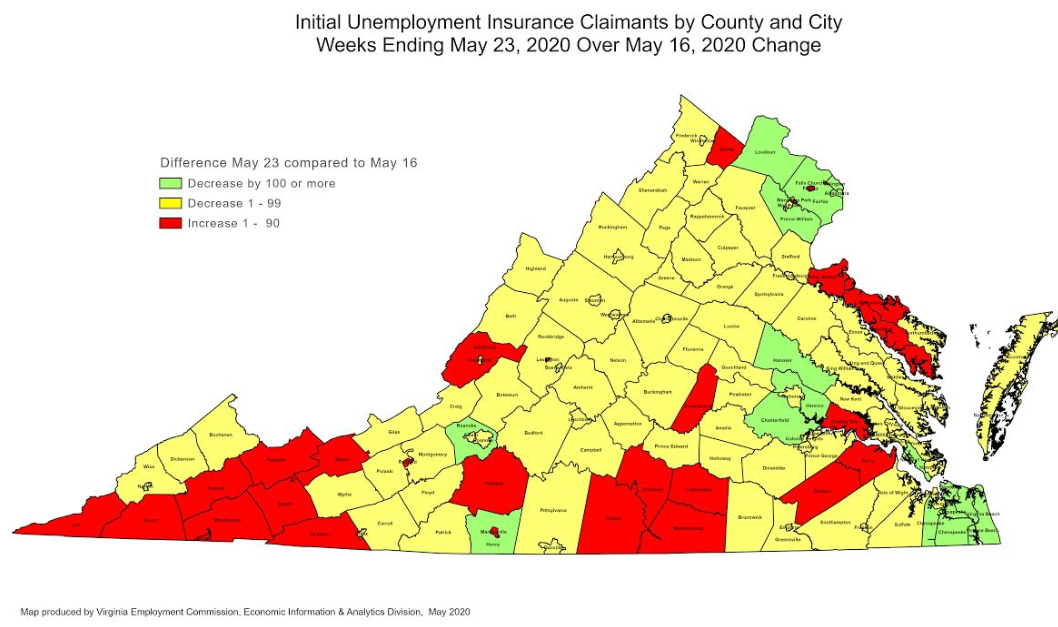 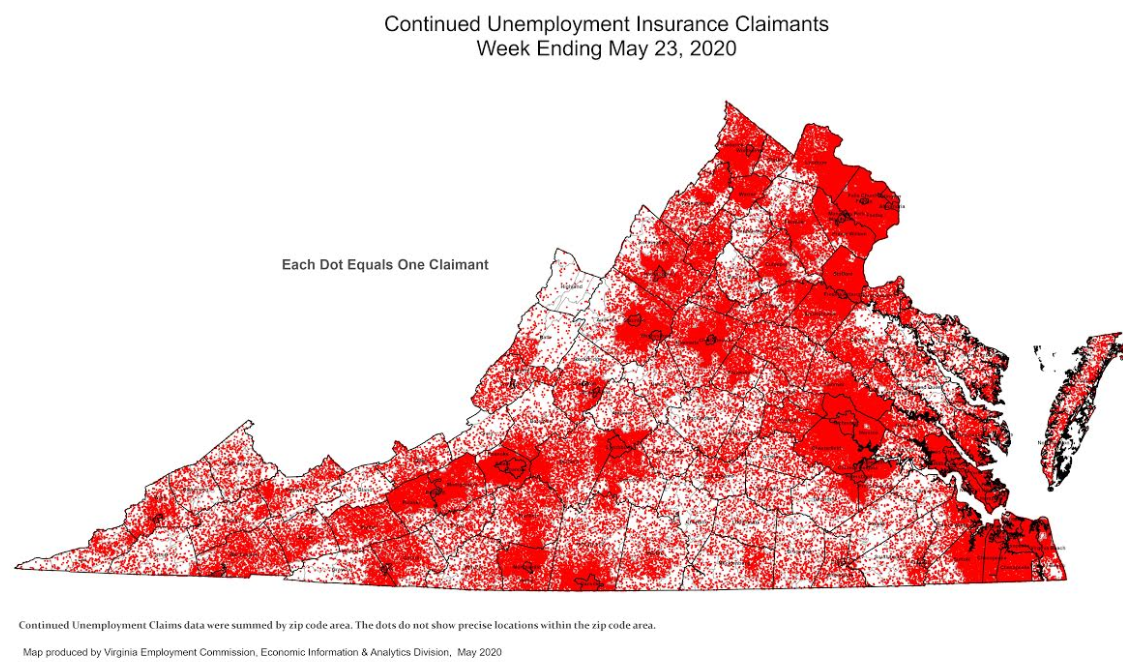 Week Over Week by County and City - Week Ending May 23rd