For the filing week ending October 1, the figure for seasonally unadjusted initial claims in Virginia was 610, which is a decrease of 343 claimants from the previous week. Over half of initial claims with a self-reported industry were in administrative support and waste management, professional, scientific, and technical services, health care and social assistance and retail trade. Continued weeks claimed totaled 8,754, which was a decrease of 809 claims from the previous week and 80% lower than the 44,019 continued claims from the comparable week last year. 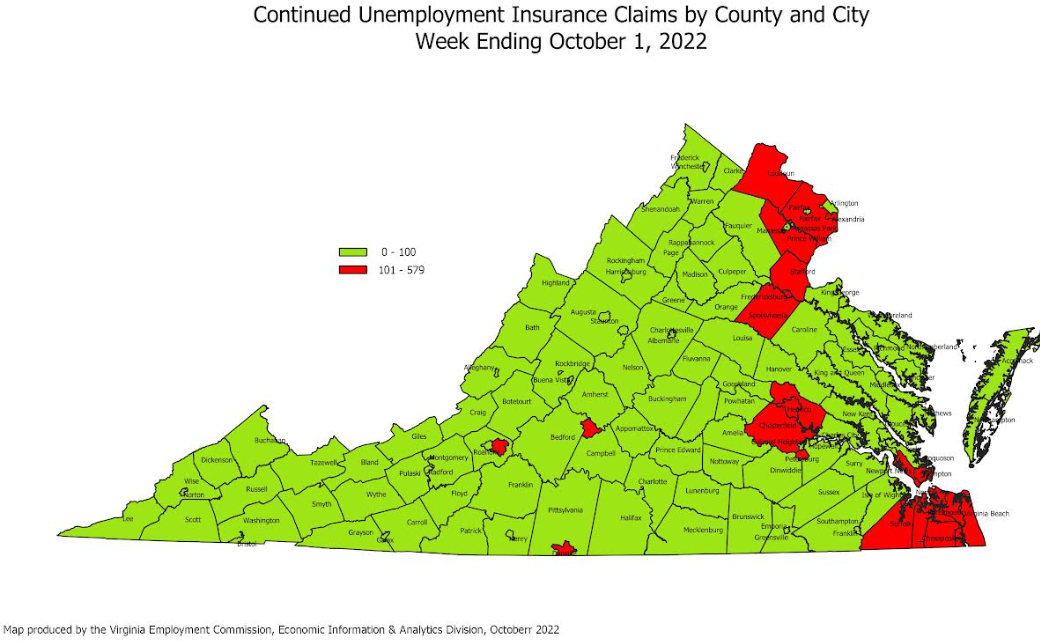