RICHMOND—The Virginia Employment Commission (VEC) announced today initial weekly claims of 1,933, and number of continued claims was 6,971. The continued weeks claims are higher than the previous week but remain at pre-pandemic levels during the most recent filing week.

For the filing week ending April 9, the figure for seasonally unadjusted initial claims in Virginia was 1,933. The latest claims figure was an increase of 95 claimants from the previous week. Over half of initial claims that had a self-reported industry were in administrative and waste services, retail trade, professional, scientific, and technical services, and healthcare and social assistance. Eligibility for benefits is determined on a weekly basis, and so not all weekly claims filed result in a benefit payment. This is because the initial claims numbers represent claim applications; claims are then reviewed for eligibility and legitimacy.

For the most recent filing week, continued weeks claimed totaled 6,971, which was an increase of 264 claims from the previous week and was 88% lower than the 57,371 continued claims from the comparable week last year.

For additional information on who is claiming unemployment insurance in Virginia, access the VEC’s    U.I. claims data dashboard (https://www.vec.virginia.gov/ui-claims-dashboard) that is updated no later than the following Monday after the weekly claims press release. The weekly demographic claims data report is no longer available. Demographic data is available on the virginiaworks.com download center unemployment insurance claims files on a monthly basis. 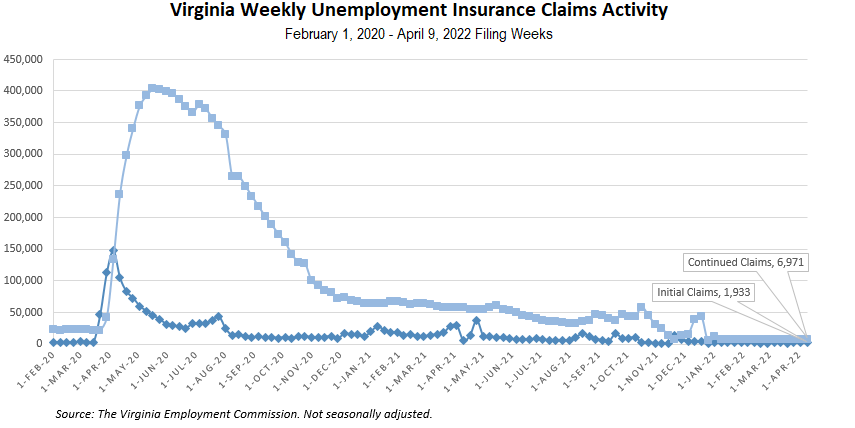 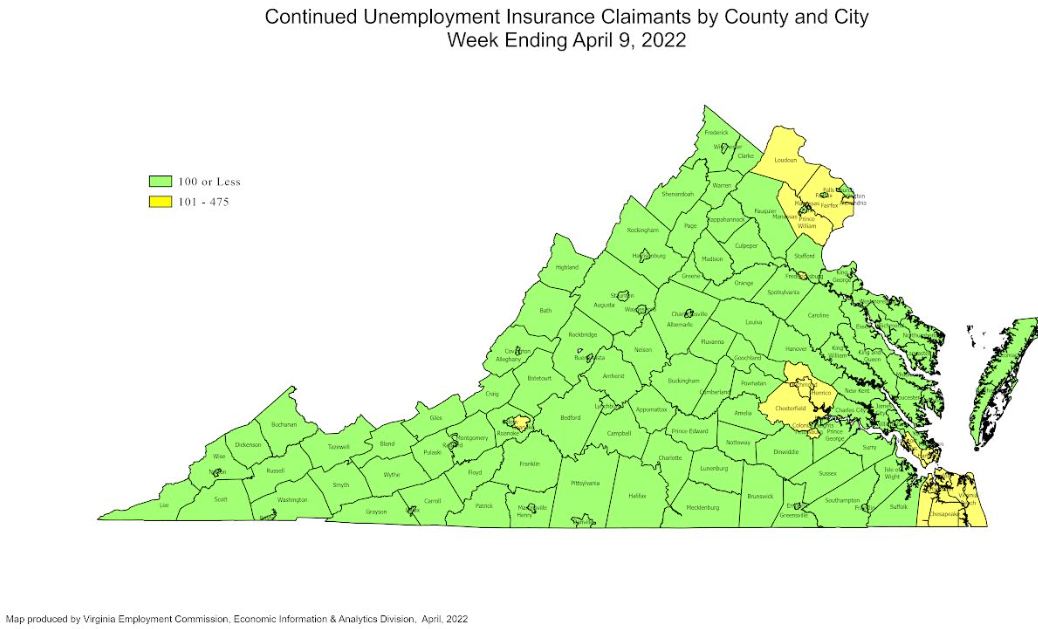