~ Seasonally unadjusted weekly initial unemployment insurance claims jumped by 64.3% from the previous filing week as continued claims were essentially unchanged during that period ~

RICHMOND—The Virginia Employment Commission (VEC) announced that the number of initial claims filed during the January 2 filing week rose to its highest levels since early August, according to figures released today.

For the filing week ending January 2, the figure for seasonally unadjusted initial claims in Virginia was 19,530. The latest claims figure was an increase of 7,640 claimants from the previous week which could in part reflect seasonal spikes in layoffs often seen after the holidays.

For the most recent filing week, continued weeks claimed totaled 63,588, which was a 0.2% increase from the previous week, but 41,417 higher than the 22,171 continued claims from the comparable week last year. Over half of claims were in the accommodation/food service, health care, administrative and waste services, and retail trade industries. The continued claims total is mainly comprised of those recent initial claimants who continued to file for unemployment insurance benefits during the COVID-19 pandemic. 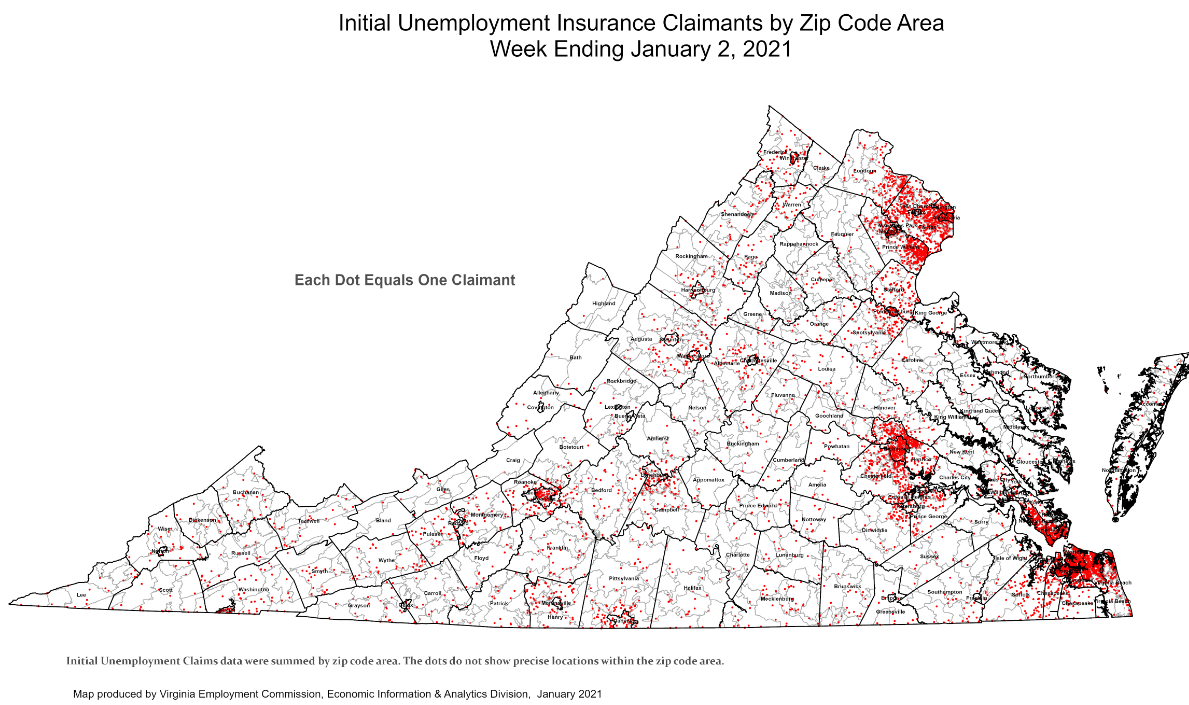 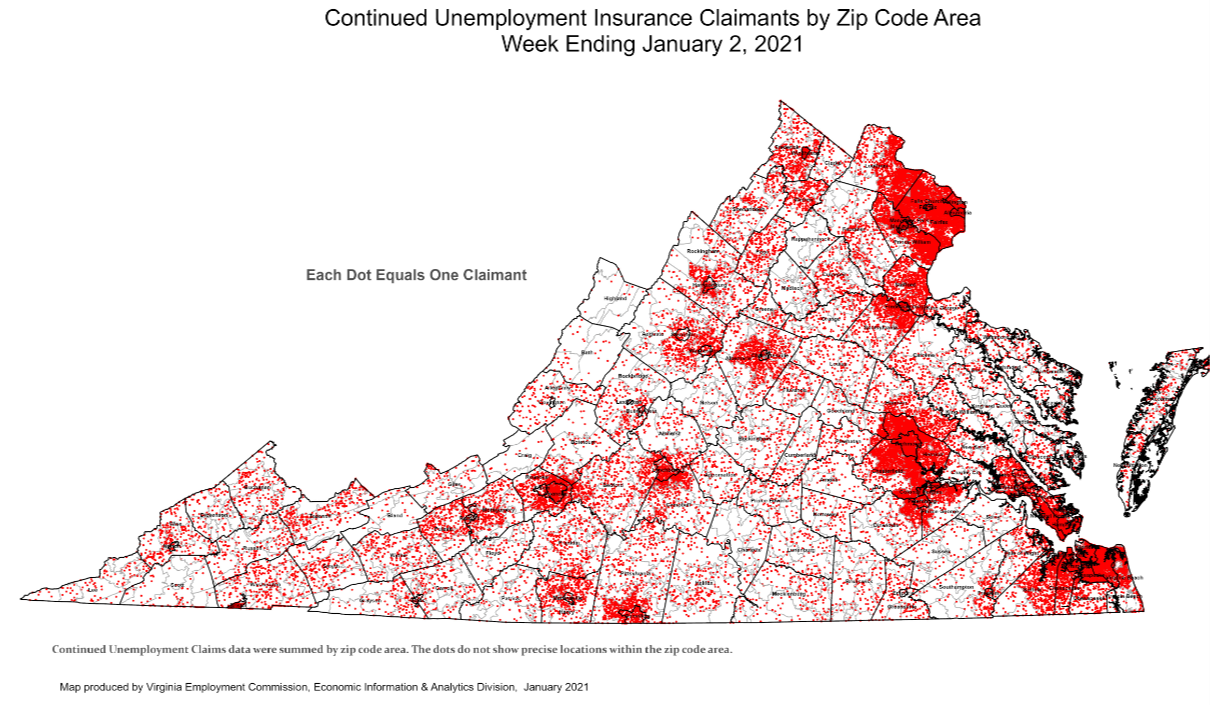 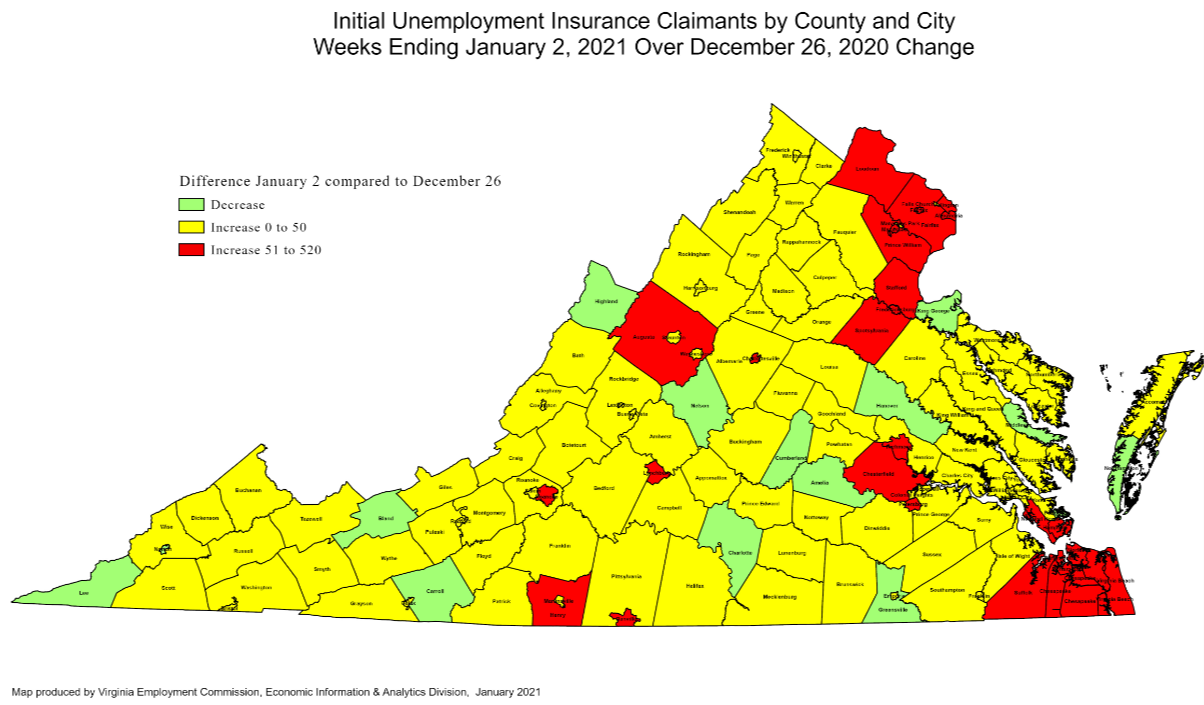 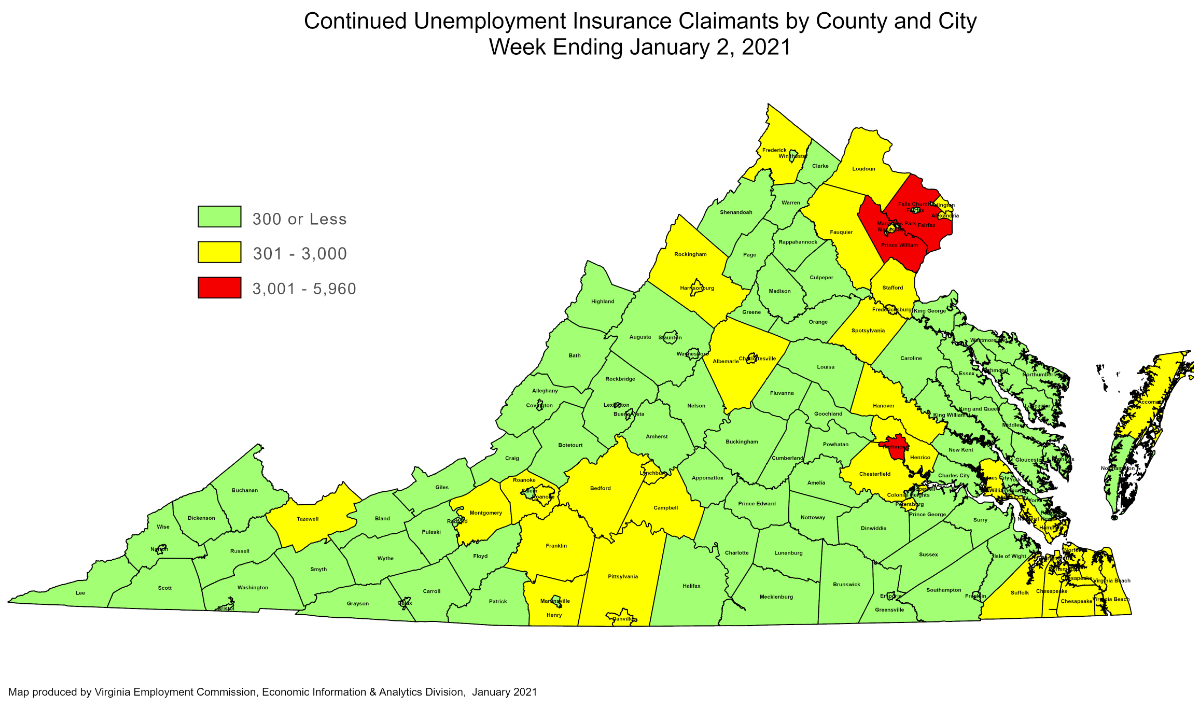