~ Seasonally unadjusted weekly initial unemployment insurance claims fell by 18.8% from the previous filing week as continued claims fell by 6.0% during that period ~

RICHMOND—The Virginia Employment Commission (VEC) announced that the number of continued claims filed during the December 26 filing week dipped below 65,000 to its lowest level since early May, according to figures released today.

For the filing week ending December 26, the figure for seasonally unadjusted initial claims in Virginia was 11,890. The latest claims figure was a decrease of 2,750 claimants from the previous week and fell to its lowest level in over a month.

For the most recent filing week, continued weeks claimed totaled 63,443, which was a 6.0% decrease from the previous week, but 44,346 higher than the 19,097 continued claims from the comparable week last year. Over half of claims were in the accommodation/food service, health care, administrative support, and retail trade industries. The continued claims total is mainly comprised of those recent initial claimants who continued to file for unemployment insurance benefits during the COVID-19 pandemic. 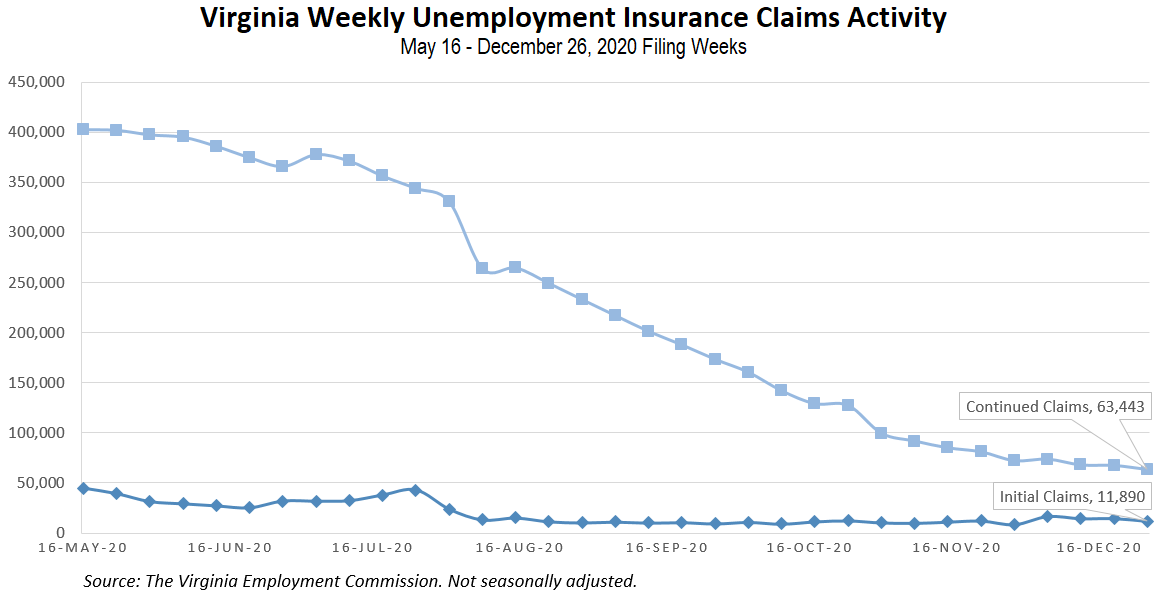 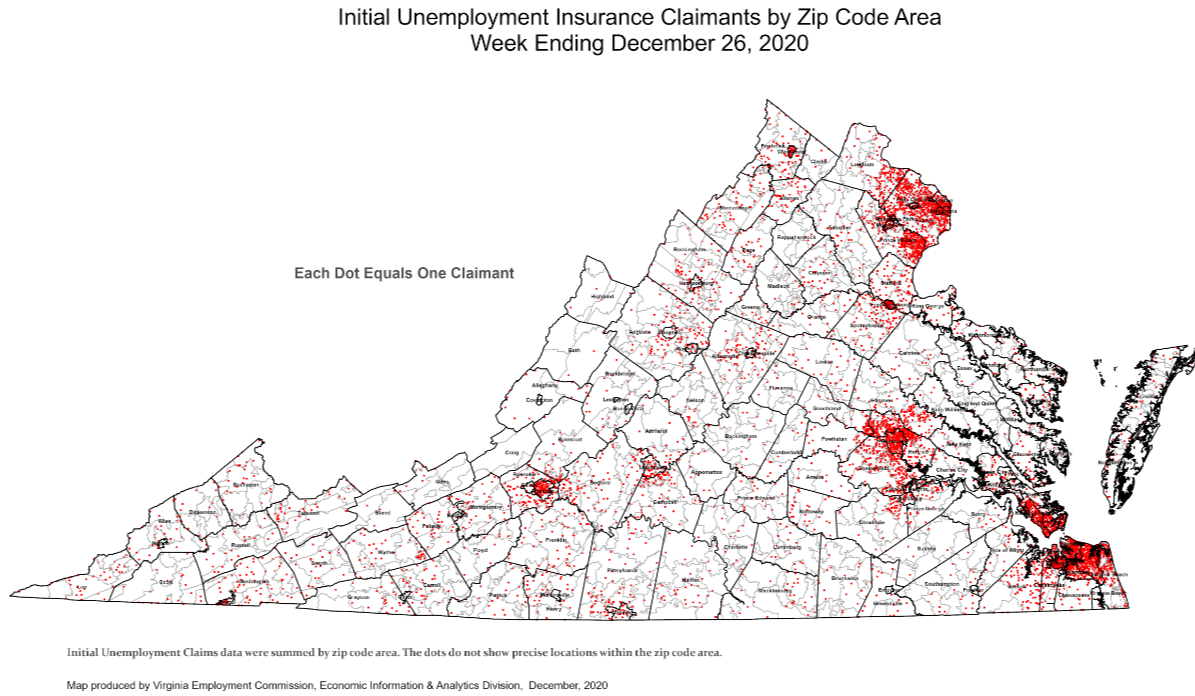 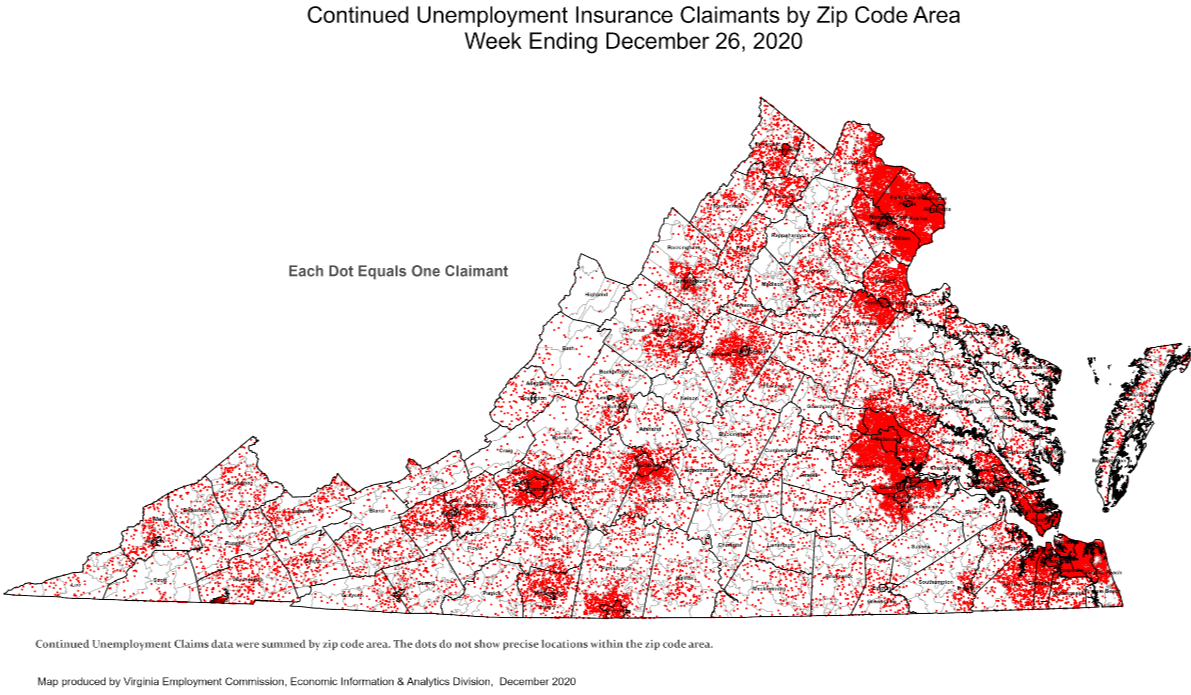 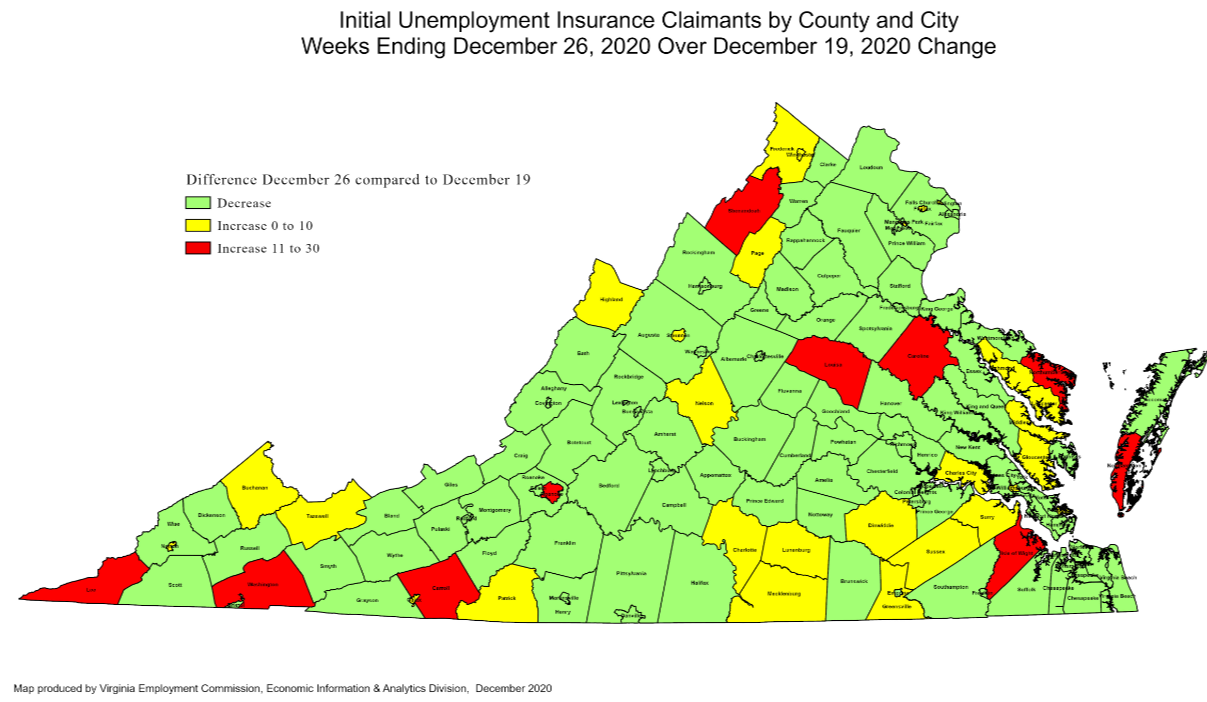 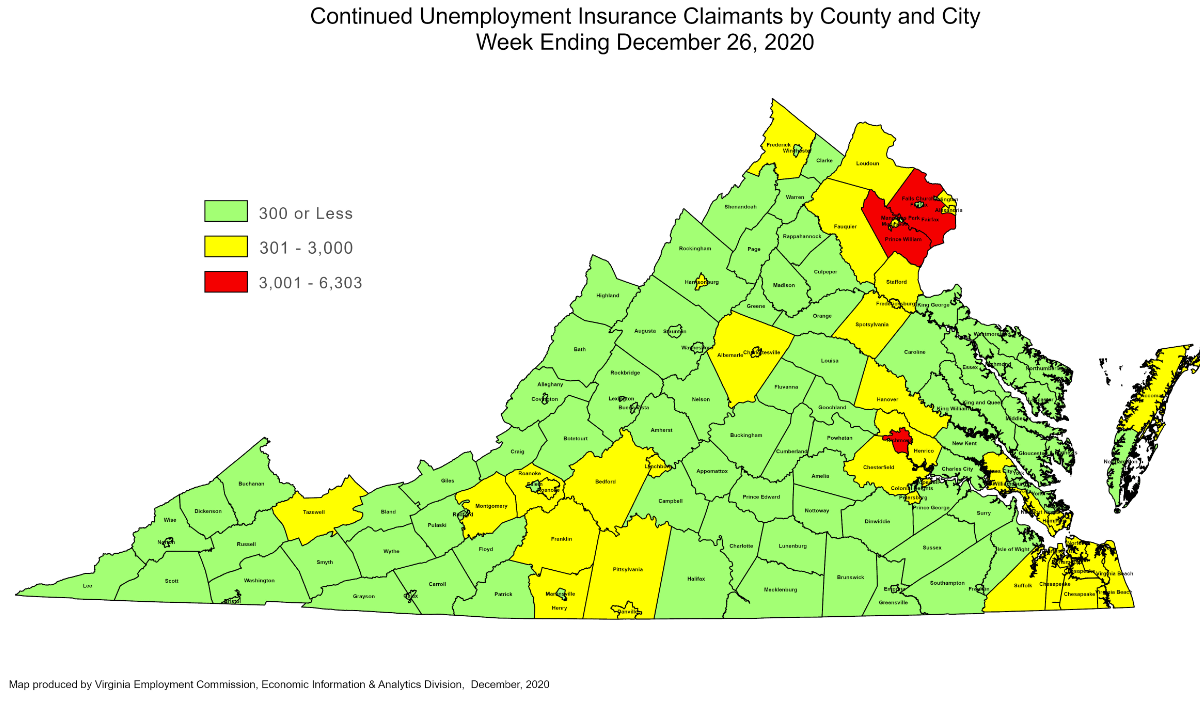