RICHMOND—The Virginia Employment Commission (VEC) announced that the number of continued claims filed during the December 19 filing week fell by 541 claims from the previous filing week, according to figures released today.

For the filing week ending December 19, the figure for seasonally unadjusted initial claims in Virginia was 14,640. The latest claims figure was an increase of 131 claimants from the previous week.

For the most recent filing week, continued weeks claimed totaled 67,478, which was a 0.8% decrease from the previous week, but 48,041 higher than the 19,437 continued claims from the comparable week last year. This drop indicated a resumption of its recent declining trend and was over 80% lower than its May 16 filing week peak. The continued claims total is mainly comprised of those recent initial claimants who continued to file for unemployment insurance benefits during the COVID-19 pandemic. 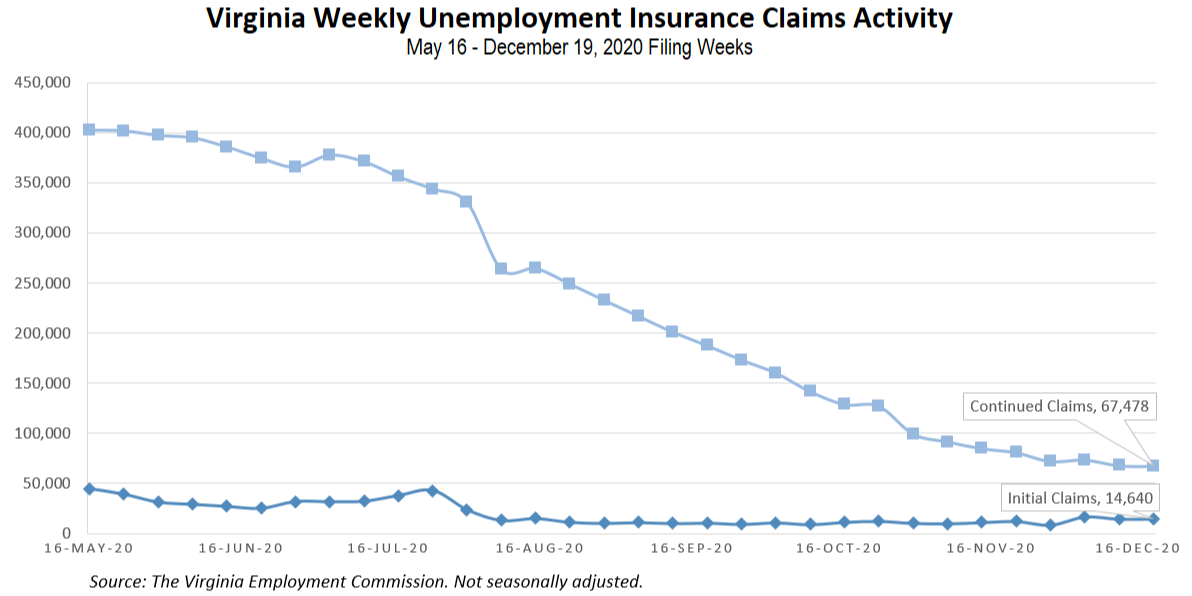 Nationwide, in the week ending December 19, the advance figure for seasonally adjusted initial claims was 803,000, a decrease of 89,000 from the previous week's revised level. The previous week's level was revised up by 7,000 from 885,000 to 892,000. The advance number of actual initial claims under state programs, unadjusted, totaled 869,398 in the week ending December 19, a decrease of 72,512 (or -7.7 percent) from the previous week. There were 287,243 initial claims in the comparable week in 2019. Looking at preliminary data, most states reported decreases on a seasonally unadjusted basis. California’s preliminary weekly change (-48,031) was the largest decrease among states. New York’s preliminary weekly change (-18,138) was the second largest decrease. Others included Ohio (-8,338), Texas (-7,151), and Massachusetts (-4,114). Virginia’s preliminary weekly change (+8,622) was the second largest increase. 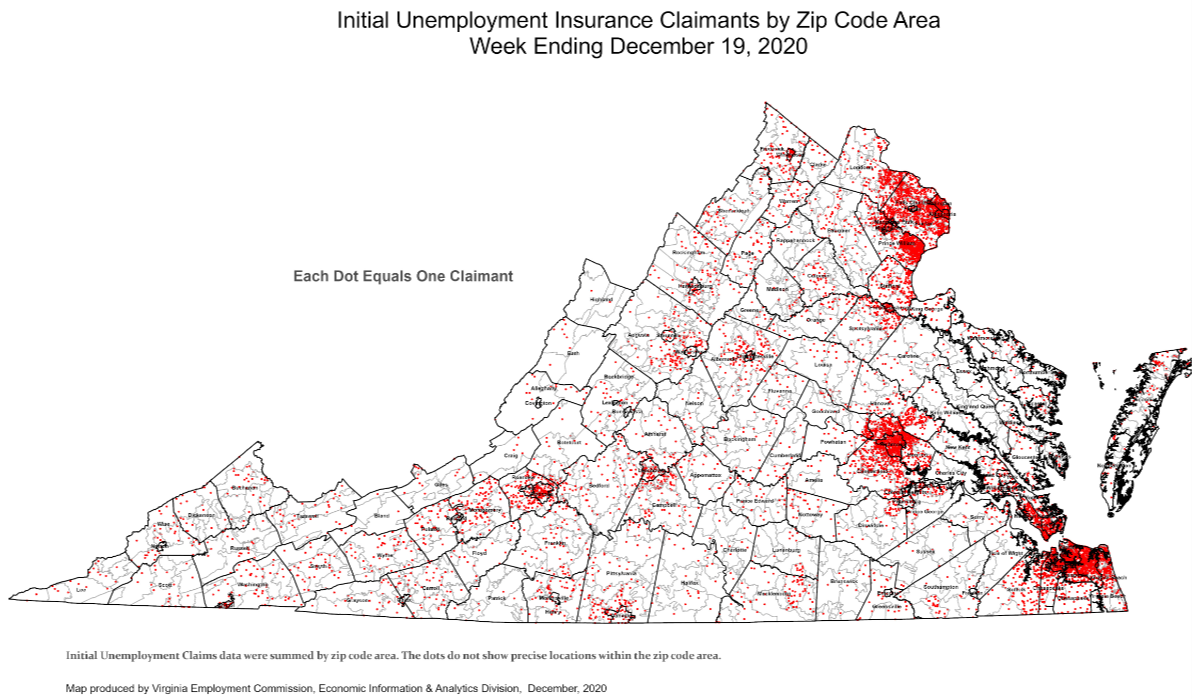 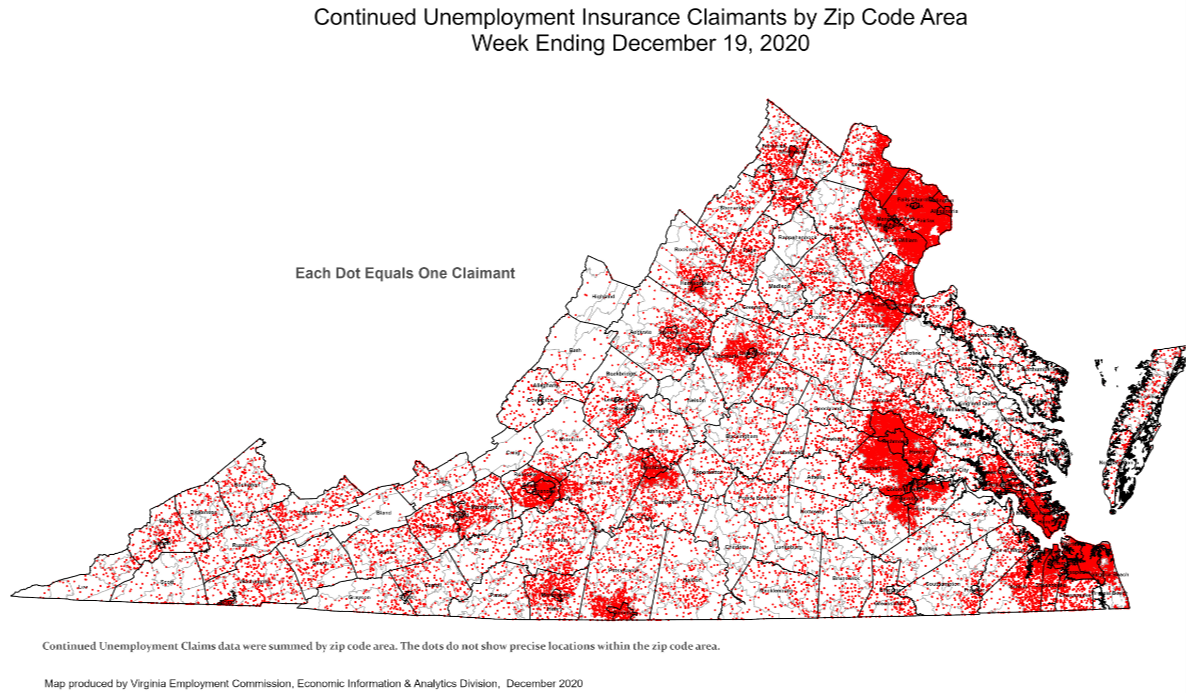 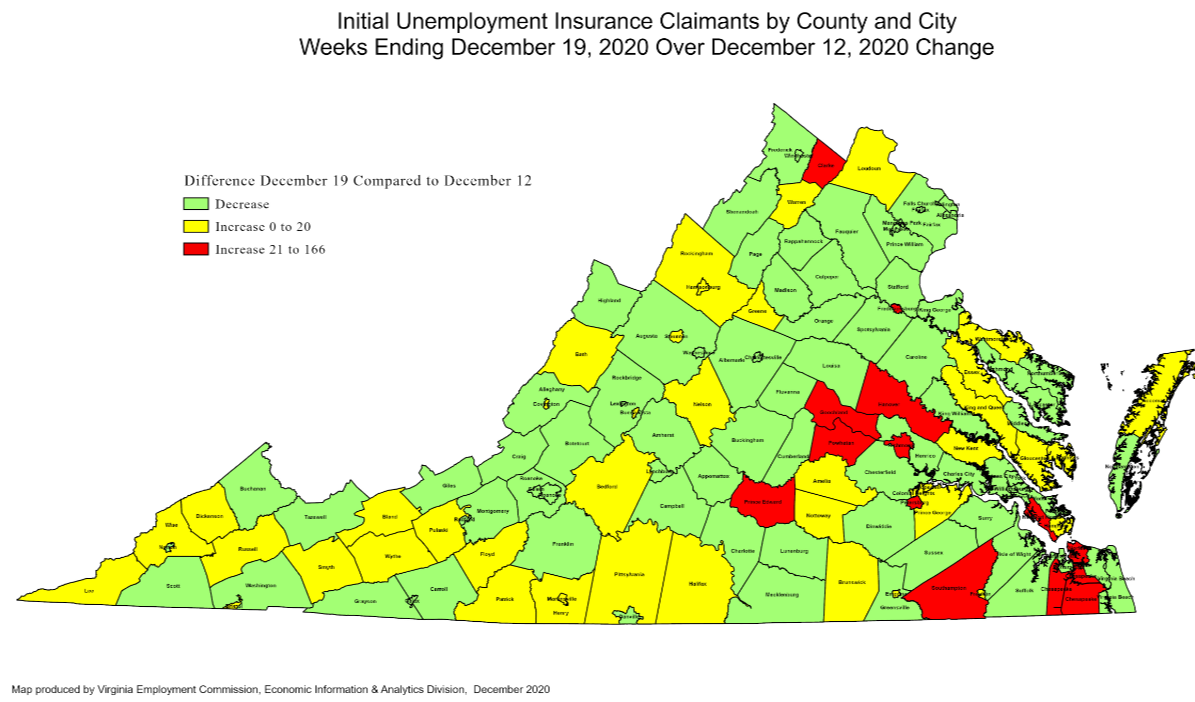 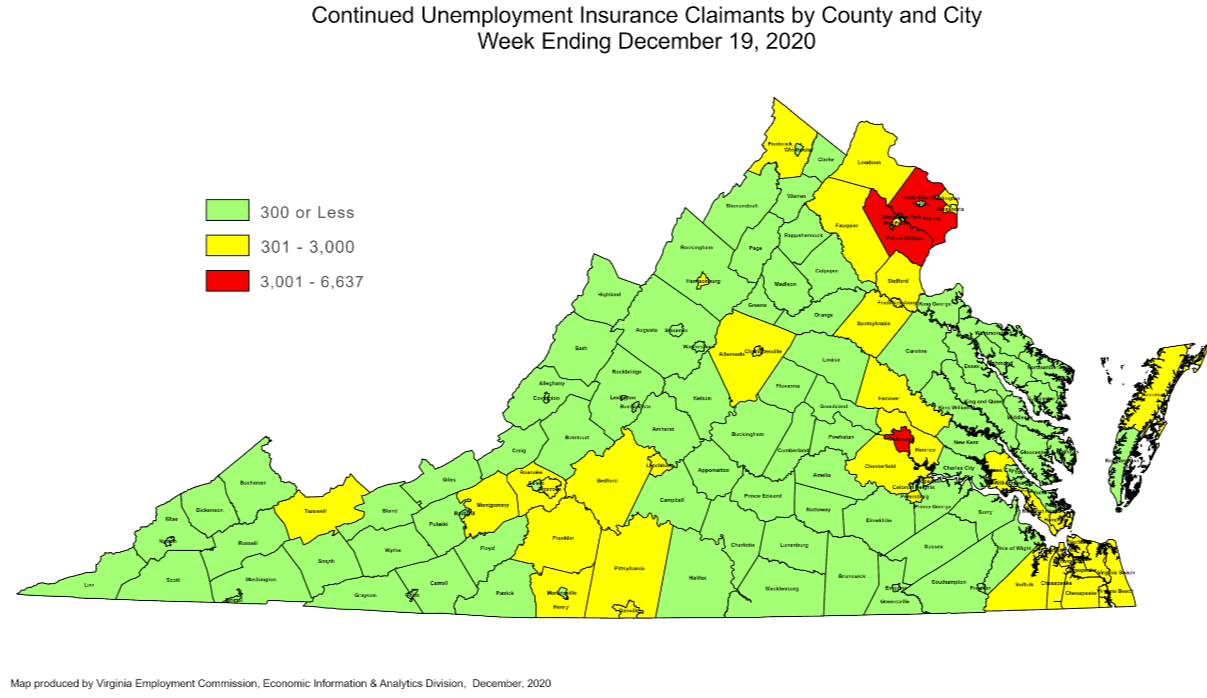