RICHMOND—The Virginia Employment Commission (VEC) announced that the number of initial claims filed from mid-March through the August 15, 2020 filing week totaled 1,104,097 or 27% of pre-pandemic, payroll employment, according to figures released today.

For the filing week ending August 15, the figure for seasonally unadjusted initial claims in Virginia was 15,151. The latest claims figure was an increase of 1,886 claimants from the previous week, reversing some of the declines reported in early August.

For the most recent filing week, continued weeks claimed totaled 265,225, which was essentially unchanged from the previous week but 245,425 higher than the 19,800 continued claims from the comparable week last year. They had trended downward in recent months before leveling off in the most recent filing week. The continued claims total is mainly comprised of those recent initial claimants who continued to file for unemployment insurance benefits during the COVID-19 pandemic. 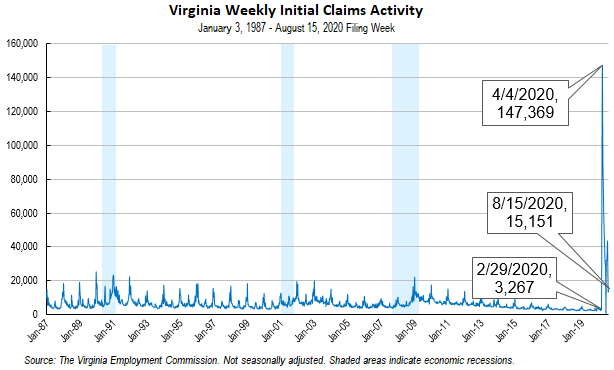 Nationwide, in the week ending August 15, the advance figure for seasonally adjusted initial claims was 1,106,000, an increase of 135,000 from the previous week's revised level. The previous week's level was revised up by 8,000 from 963,000 to 971,000. The advance number of actual initial claims under state programs, unadjusted, totaled 891,510 in the week ending August 15, an increase of 52,776 (or 6.3 percent) from the previous week. There were 171,386 initial claims in the comparable week in 2019. Looking at preliminary data, most states reported increases while 15 states, Puerto Rico, and the Virgin Islands reported weekly decreases on a seasonally unadjusted basis. New Jersey’s preliminary weekly change (+10,809) was the largest increase among states. Others included New York (+9,766), Texas (+9,112), Washington (+4,981), and Florida (+4,738). Virginia’s preliminary weekly change (+3,506) was the sixth largest increase among states. 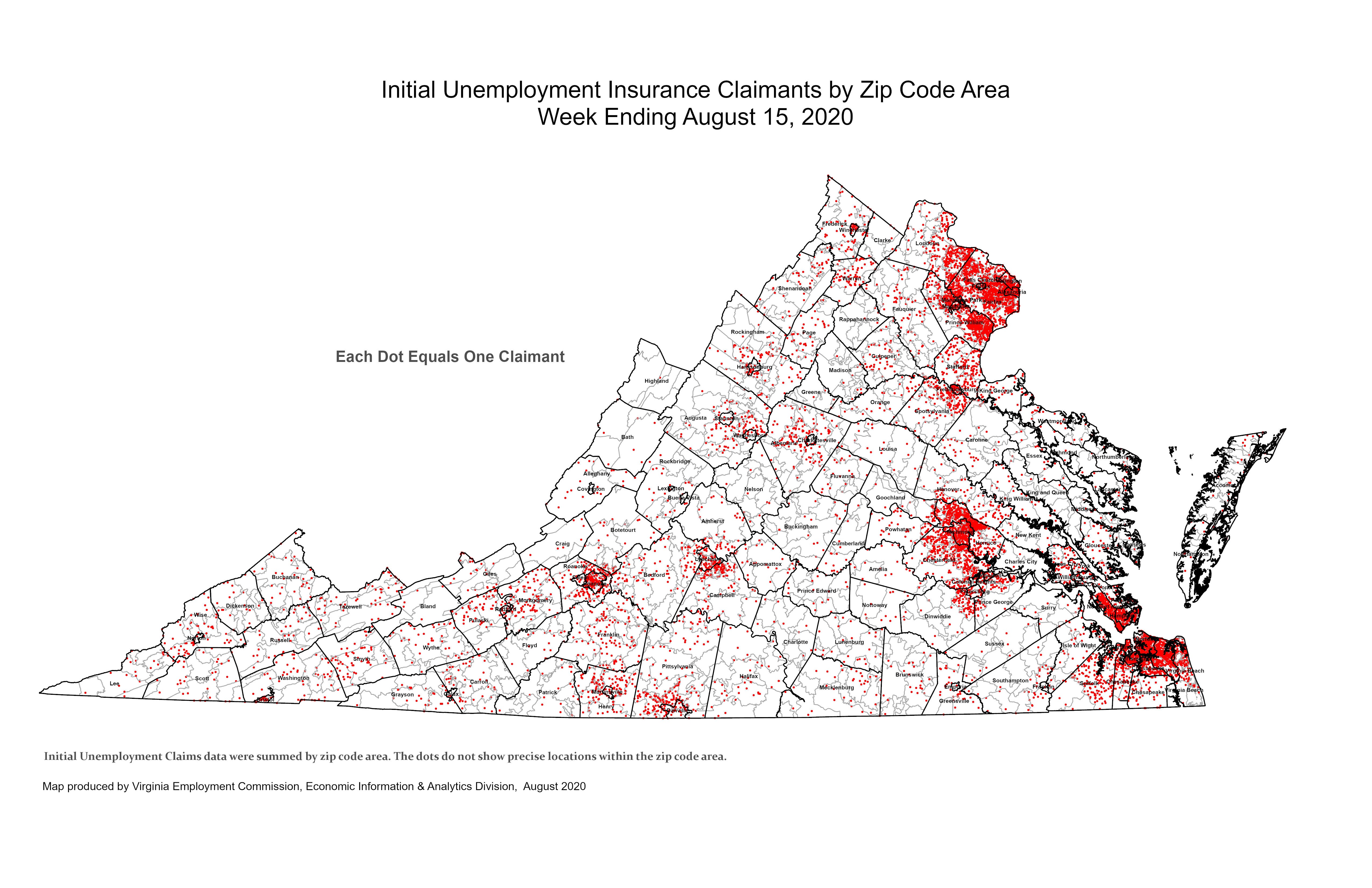 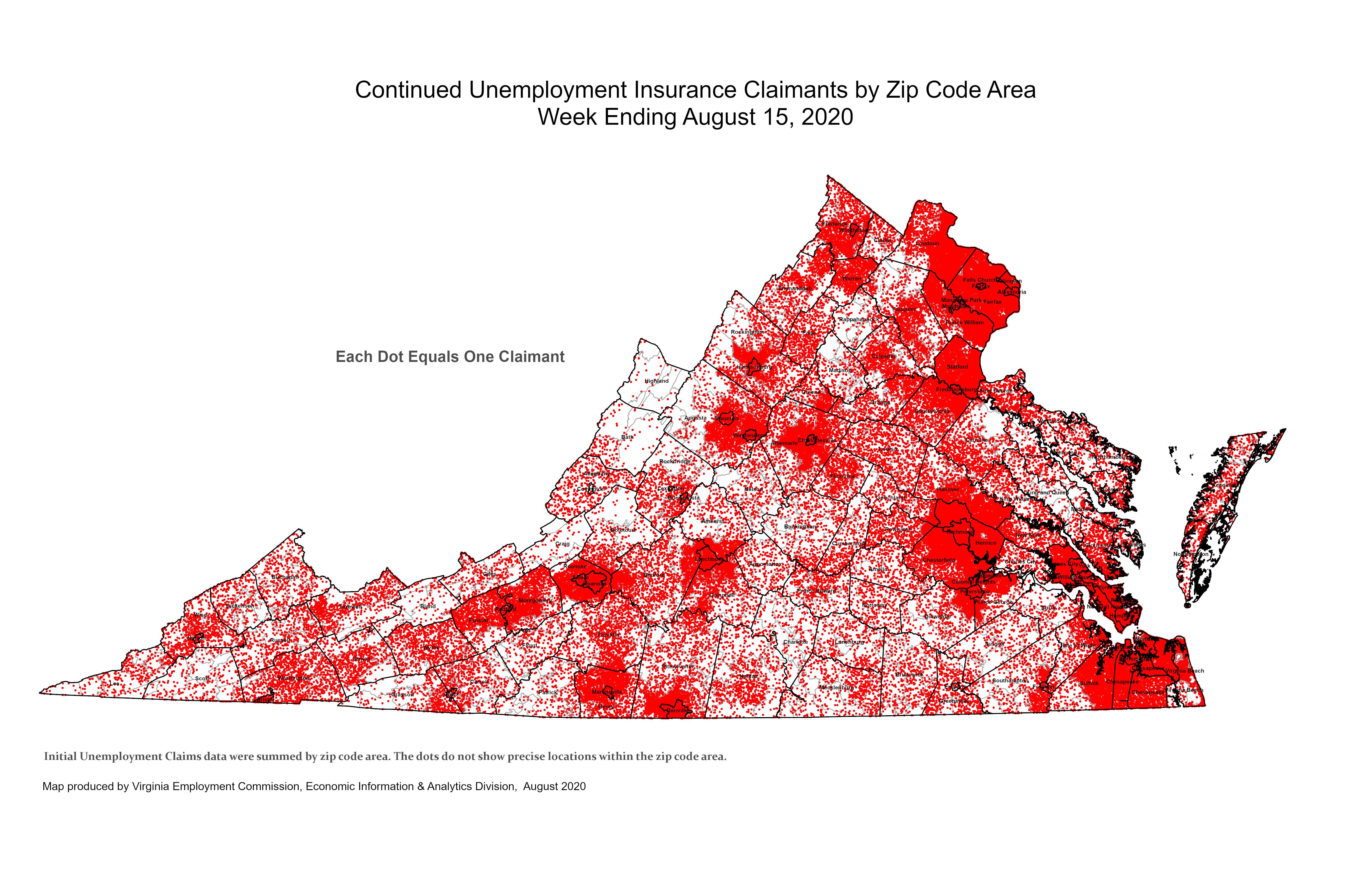 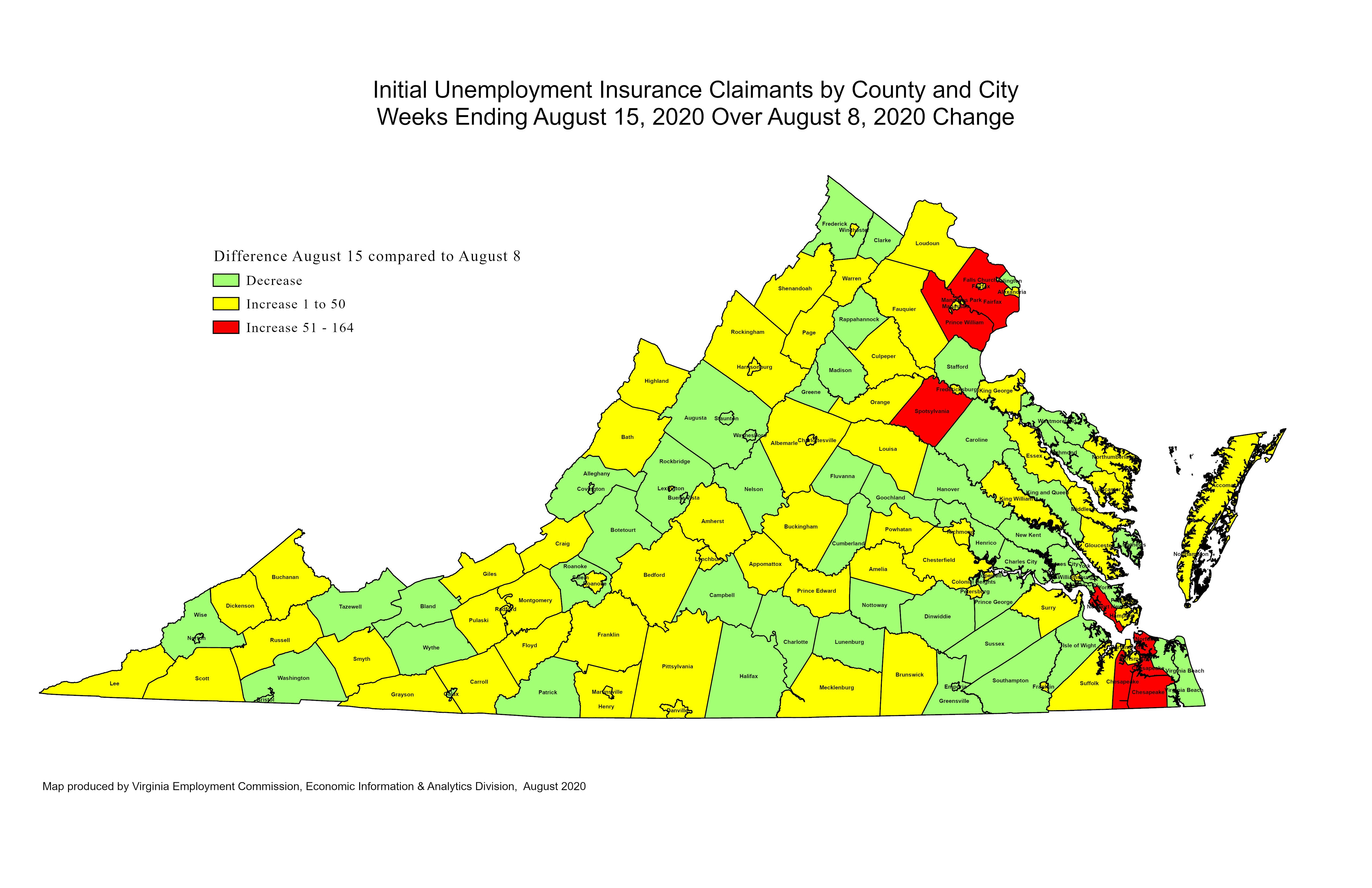 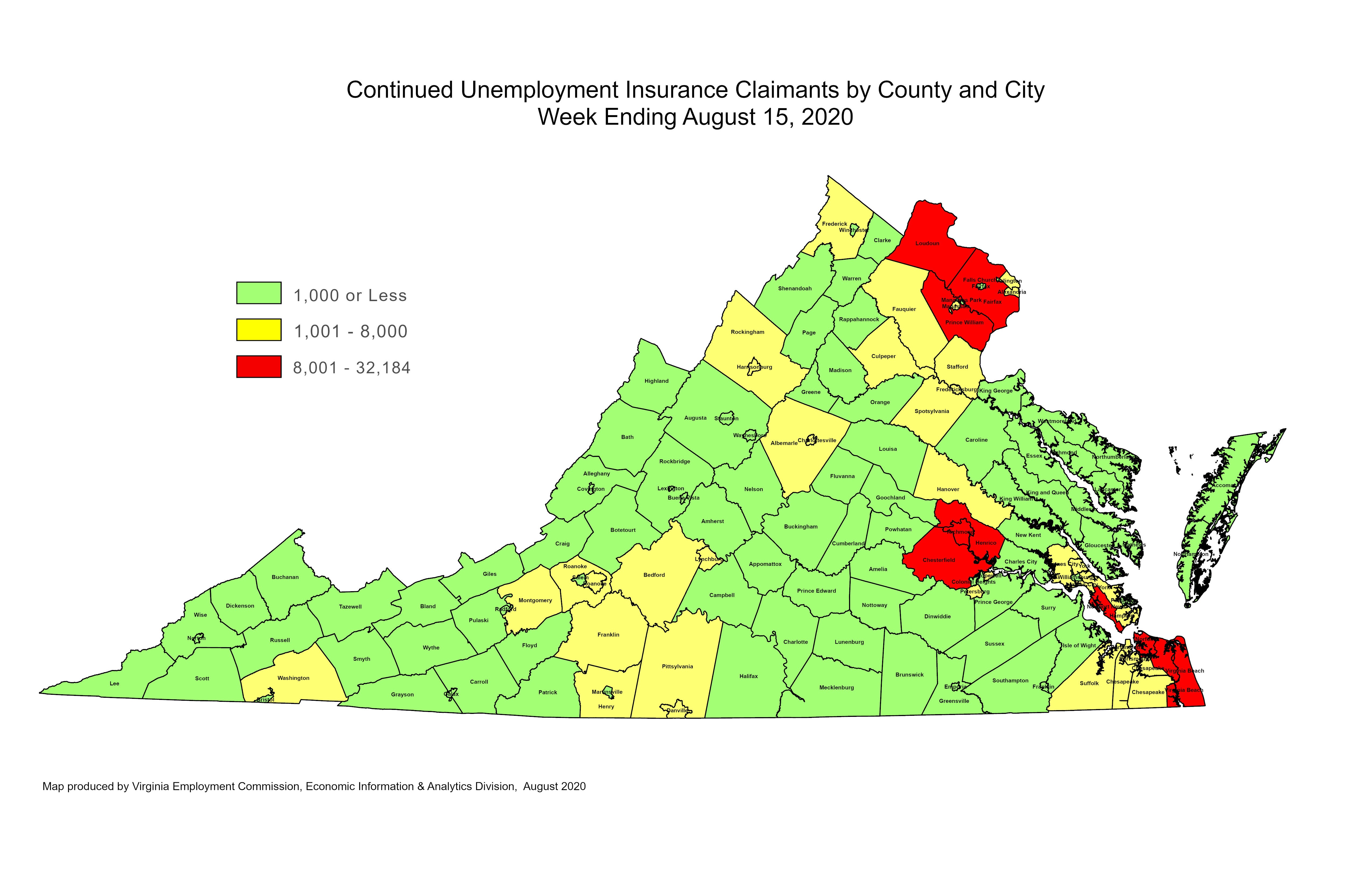