~ Seasonally unadjusted weekly initial unemployment insurance claims rose by 13.2% from the previous filing week as continued claims fell by 3.4% during that period ~

RICHMOND—The Virginia Employment Commission (VEC) announced that the total number of initial claims filed from the beginning of the pandemic in Mid-March of 2020 through the July 25, 2020 filing week was more than double the average number filed during the last three economic recessions.

For the filing week ending July 25, the figure for seasonally unadjusted initial claims in Virginia was 42,966. The latest claims figure was an increase of 5,020 claimants from the previous week and rose to its highest level since May.

For the most recent filing week, continued weeks claimed totaled 344,826, down 12,272 from the previous week, but 324,629 higher than the 20,197 continued claims from the comparable week last year. They have trended downward in the last month and fell to their lowest level since April during the most recent filing week. The continued claims total is mainly comprised of those recent initial claimants who continued to file for unemployment insurance benefits during the COVID-19 pandemic. 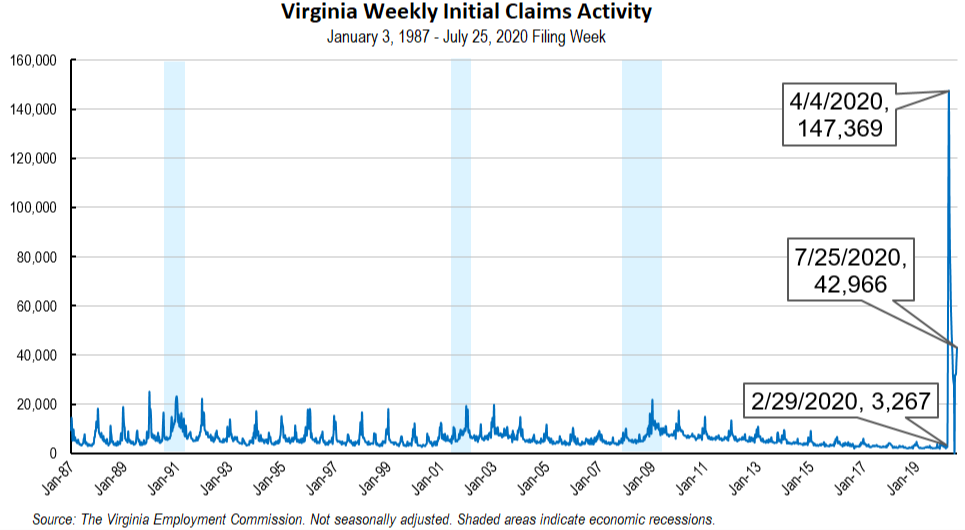 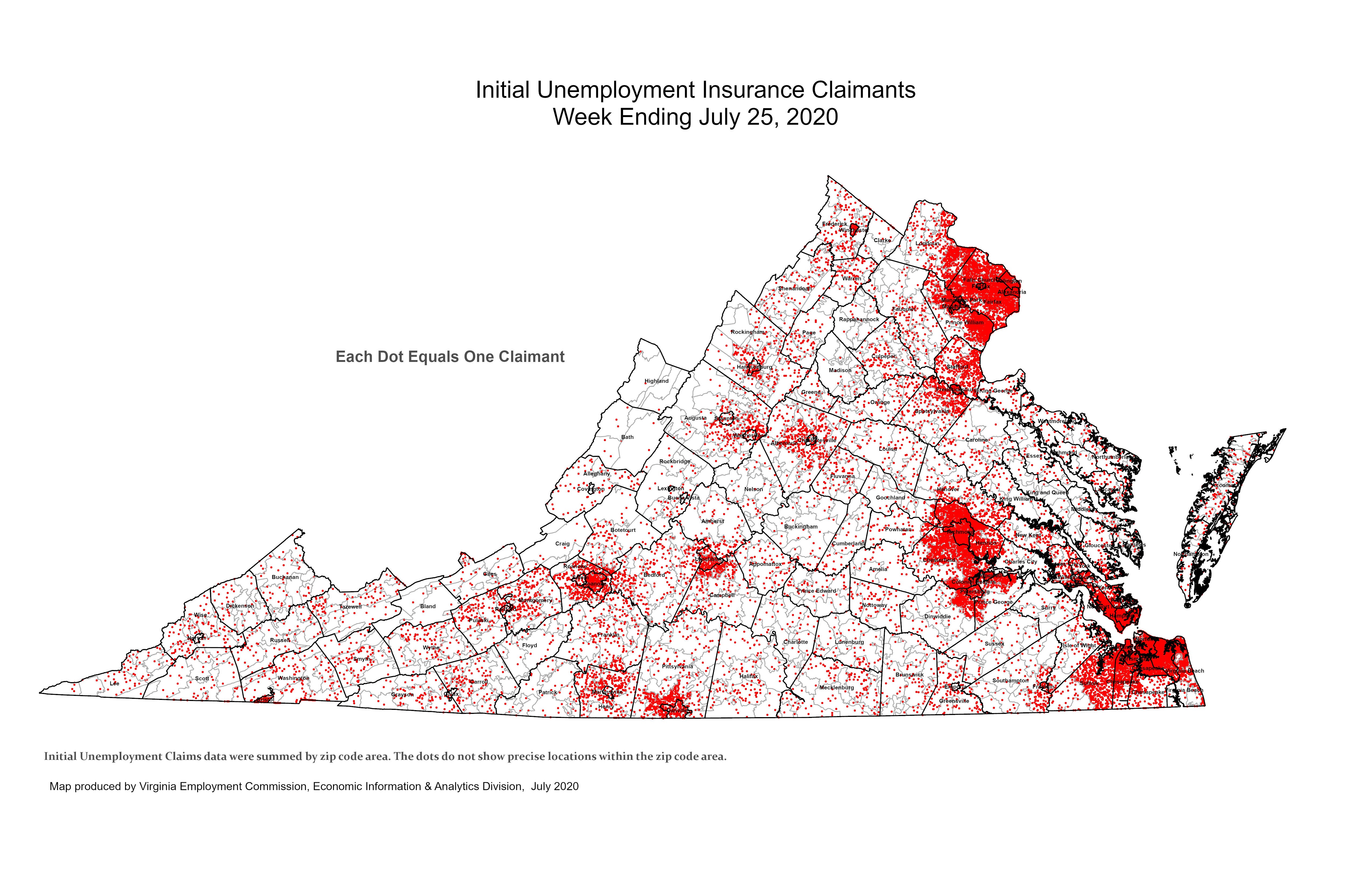 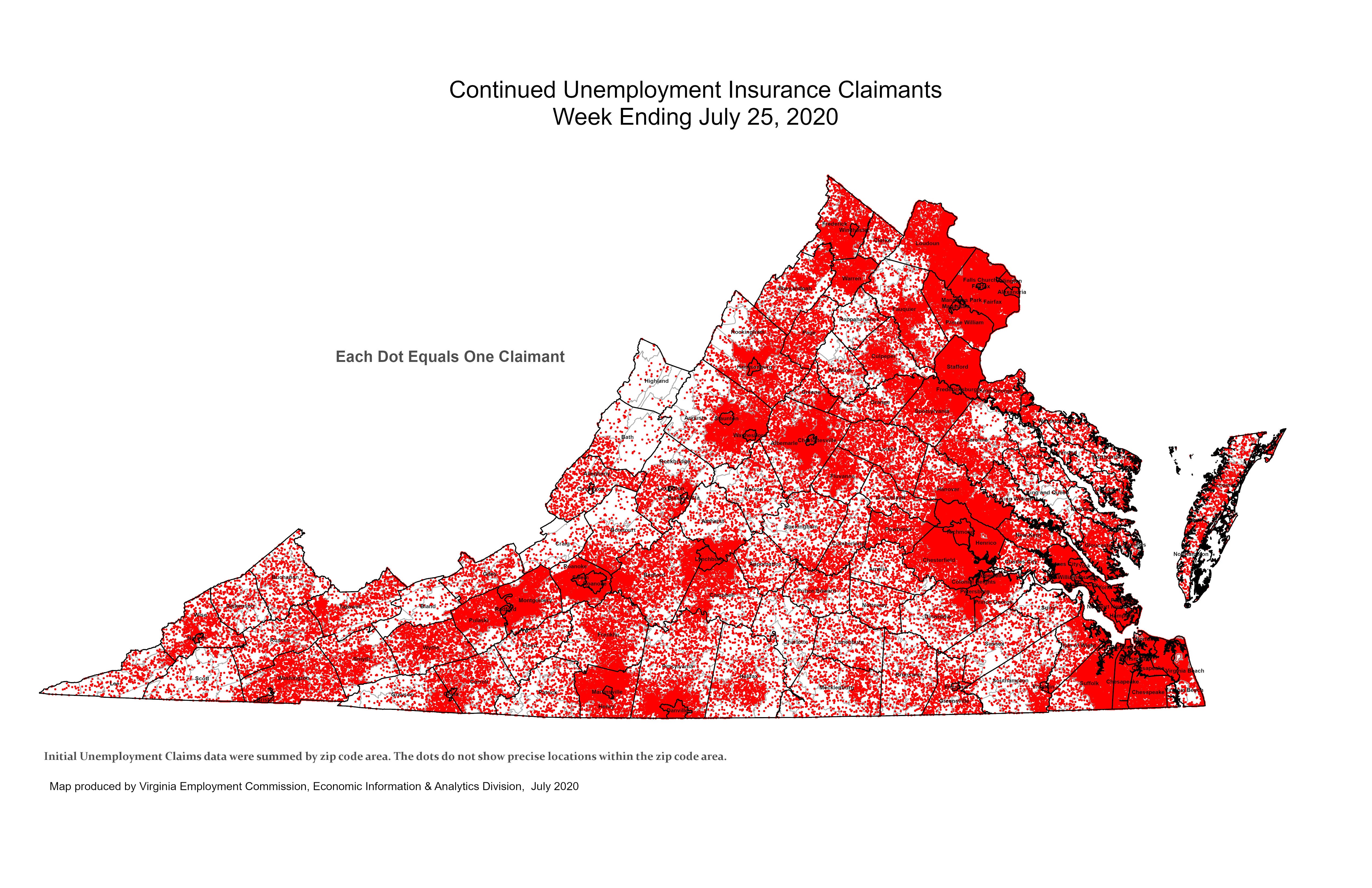 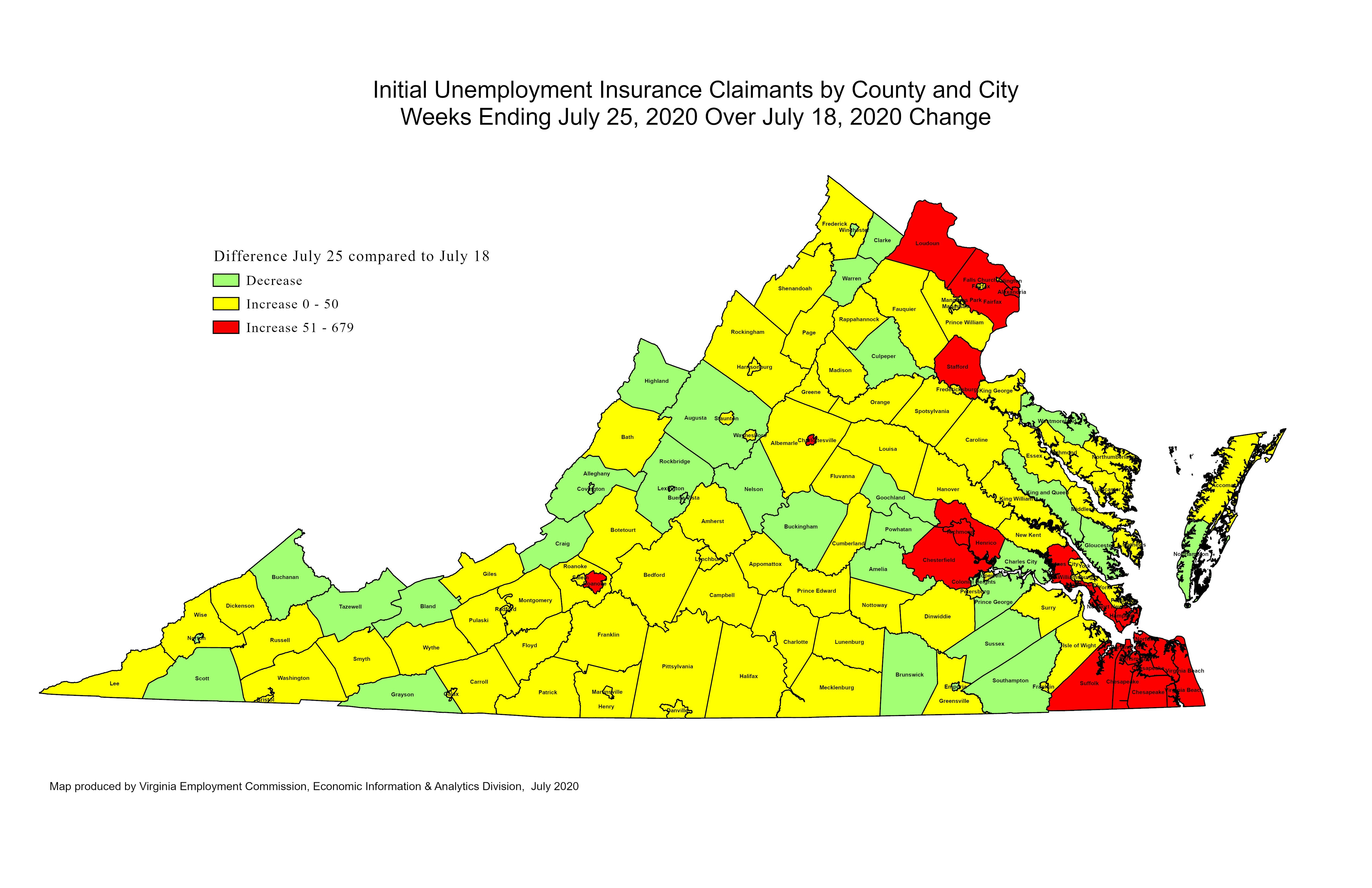 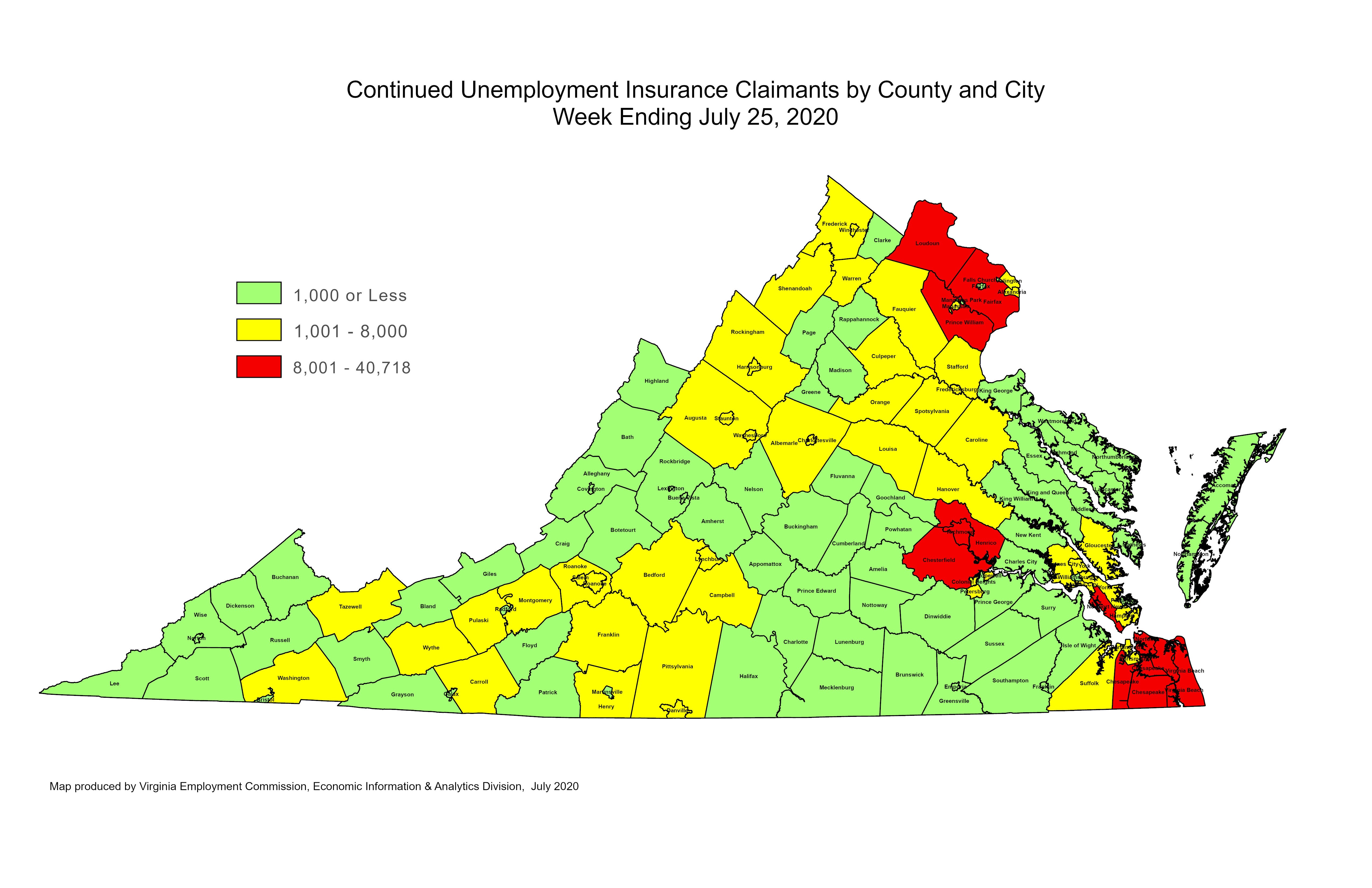