RICHMOND—The Virginia Employment Commission (VEC) announced that the number of initial claims filed from mid-March through the June 27, 2020 filing week totaled 906,734 or 22% of pre-pandemic, nonfarm employment, according to figures released today.

For the filing week ending June 27, the figure for seasonally unadjusted initial claims in Virginia was 31,955. The latest claims figure was an increase of 6,662 claimants from the previous week. The weekly total was the highest since May, but still well below the initial spike in unemployment insurance claims during the March 21 filing week. 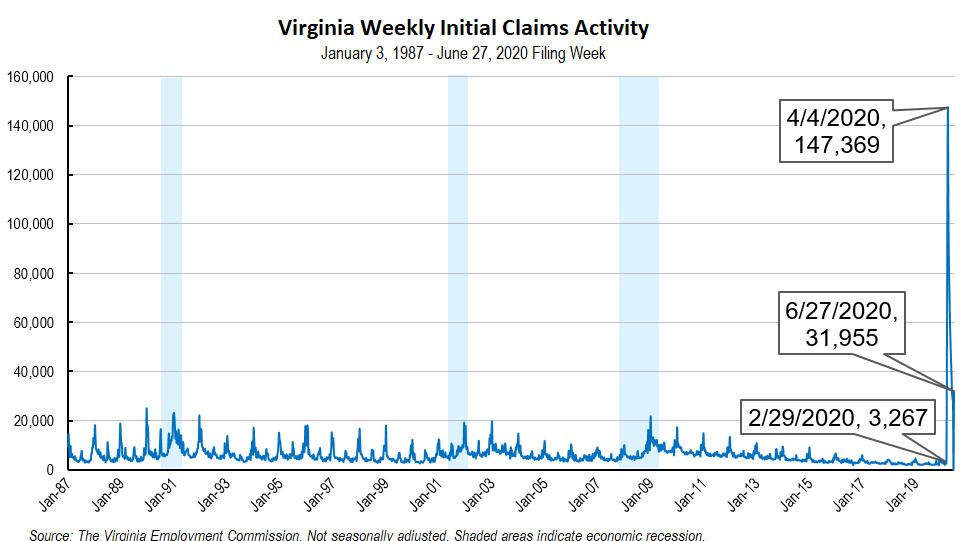