RICHMOND—The Virginia Employment Commission (VEC) announced that the number of initial claims filed from mid-March through the June 20, 2020 filing week totaled 874,779, which surpassed 21% of pre-pandemic, nonfarm employment, according to figures released today.

For the filing week ending June 20, the figure for seasonally unadjusted initial claims in Virginia was 25,293. The latest claims figure was a decrease of 1,893 claimants from the previous week. The weekly total was the lowest since before the initial spike in unemployment insurance claims during the March 21 filing week. 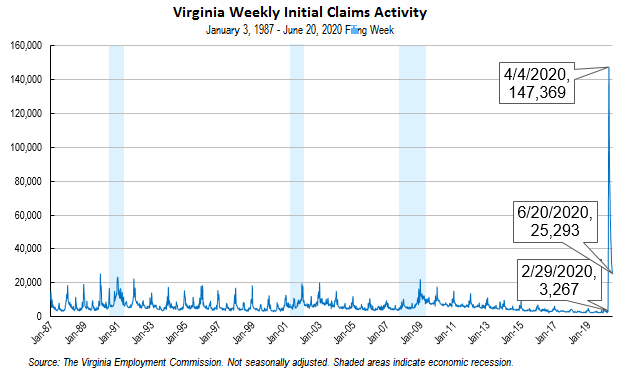 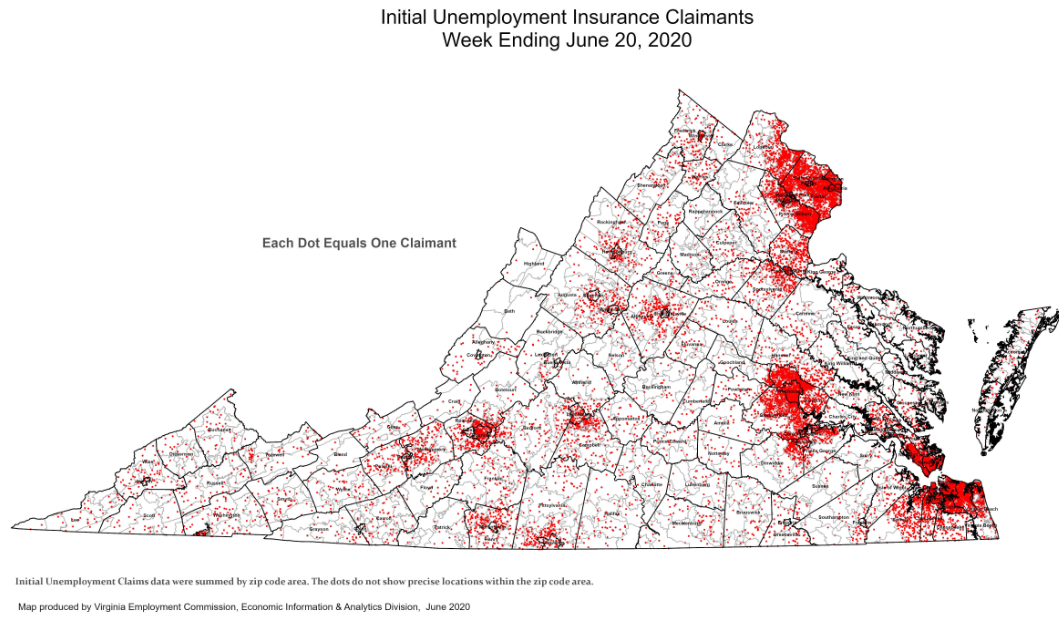 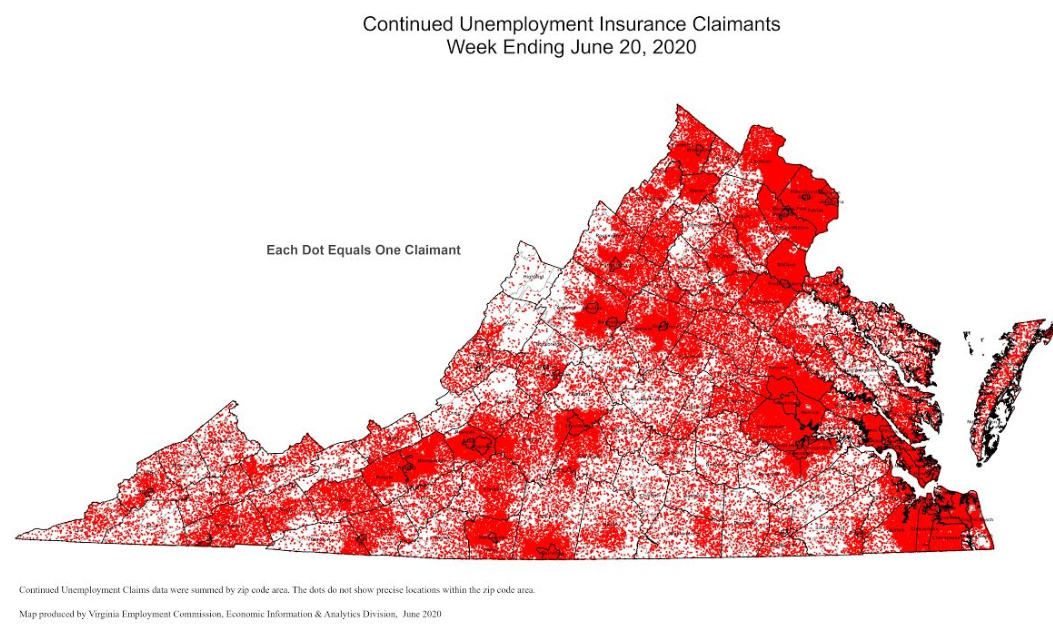 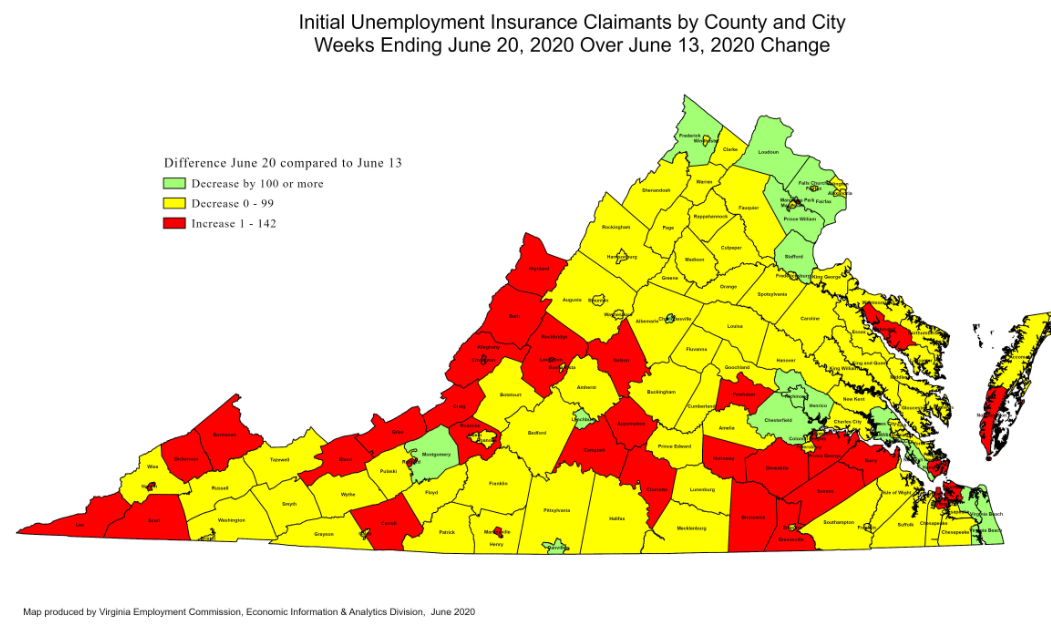 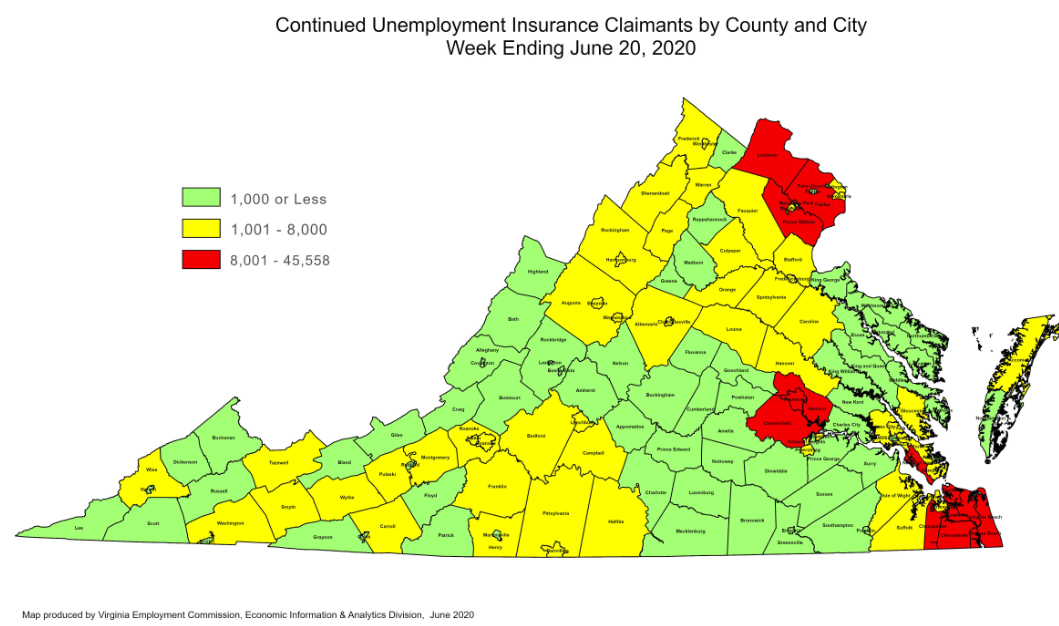